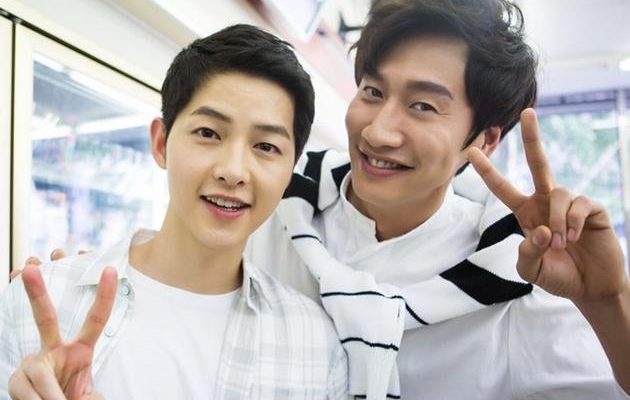 Song Joong Ki’s Special Message To Lee Kwang Soo After Wedding: Must Know ‘How To See The Face’

Korean celebrities Song Joong Ki and Lee Kwang Soo are born in the same year (1985) and are known to be close friends. In KBS’s“Entertainment Weekly” on August 4, Song Joong Ki was the invited guest. During the program, he took the opportunity to send a special message to his good friend Lee Kwang Soo.

During the program, when asked if Lee Kwang Soo cries while on stage to receive award, will Song Joong Ki also cry like he did for Park Bo Gum? Song Joong Ki smiled, and said he would use his hands to cover his eyes while crying secretly. He then seriously said, “if he cries, it will definitely be so”, revealing the strong brotherhood that both share. 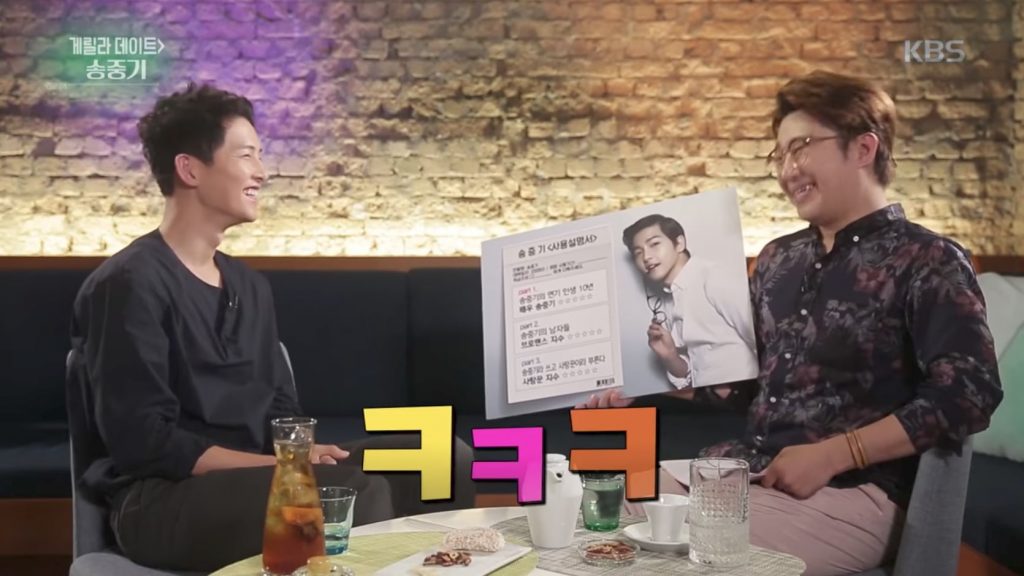 Song Joong Ki has also specially sent a message to Lee Kwang Soo, “I hope that you can control calling me on phone, must ‘know how to see the face’, although you are not wrong, but still, it is not appropriate, in future you will understand”. He is thankful to Lee but he strongly emphasized again that Lee must “know how to see the face”, which sent the audiences into fits of laughter.

In related news, on July 5, after Song Joong Ki and Song Hye Kyo’s sudden wedding announcement, Lee Kwang Soo posted a heart-broken post on his Instagram the following day. He uploaded a photo of Song Joong Ki scribbling on a stone, asking “What’s all of this?” , implying that he felt “betrayed” after his best friend already declared his “love” to him but now left him alone to walk down the aisle with Song Hye Kyo. His fans reacted to his amusing post, leaving comments to express sympathy and encouragement, while complimenting his sense of humor.

208
SHARES
FacebookTwitter
SubscribeGoogleWhatsappPinterestDiggRedditStumbleuponVkWeiboPocketTumblrMailMeneameOdnoklassniki
Related ItemsLee Kwang SooSong Joong Ki
← Previous Story Wanna One’s Hwang Minhyun’s Parents Ask His Company If They Can Have 100 Signatures From Their Son
Next Story → Song Joong Ki Confesses He Is Actually Not Decent And Confident In Swearing?