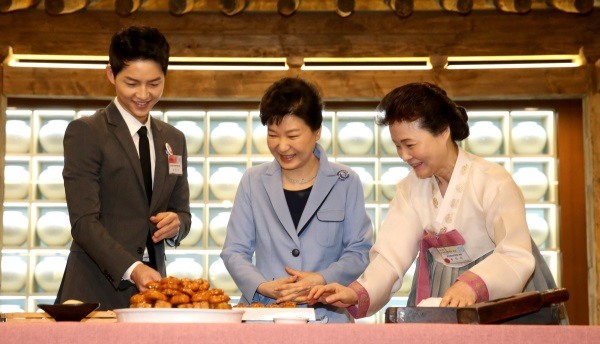 K-style Hub is a cultural center, located at the Korea Tourism Organization’s headquarters in central Seoul. On April 11 during the event, President Park Geun Hye and tourism ambassador Song Joong Ki talked about the different types of Korean food, such as samgyetang and ginseng chicken soup, which also appeared in the actor’s latest mega-hit drama ‘Descendants of the Sun’. Both of them also shared the moment together to make the traditional dessert, yakgwa. 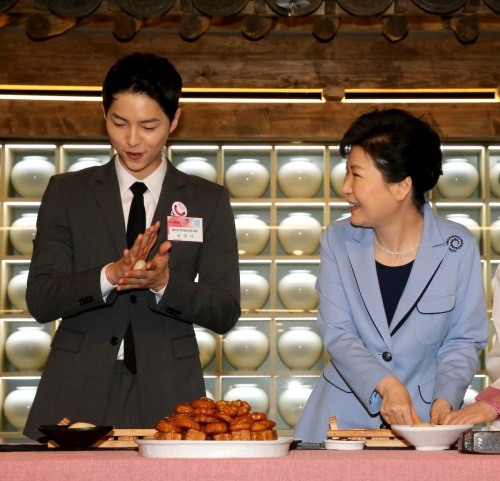 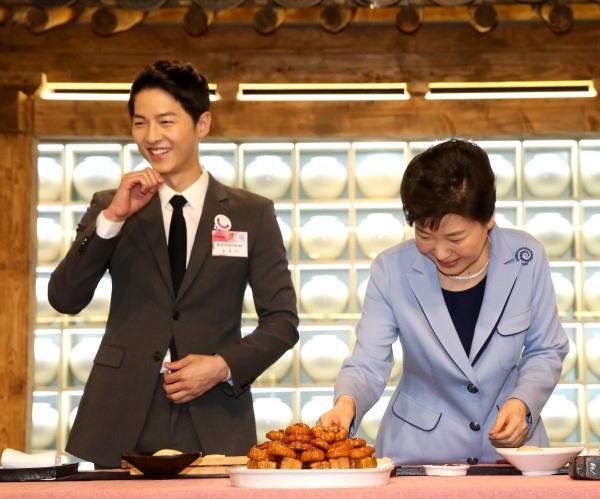 The South Korean President praised Song Joong Ki as a patriot for taking his time off to represent as the tourism ambassador despite his hectic schedules. She also recalled: “I remember spending a good time with you on the Children’s Day event (at Cheong Wa Dae) in 2013, before you entered the military.” She added: “I am very happy to see you becoming a great Hallyu star after completing the military well.”

She also complimented Song’s commendable efforts in the KBS2 drama ‘Descendants of the Sun’, which is currently enjoying massive popularity from fans around the world.