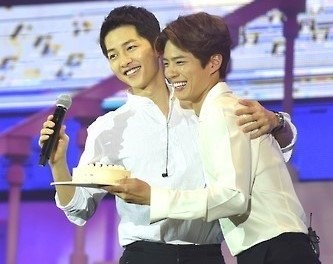 Was it because he was too sensitive?

At the event, the actor revealed the reason why he burst into tears at the 2016 KBS Drama Awards during Park Bo Gum’s acceptance speech for the Best Excellence Award. 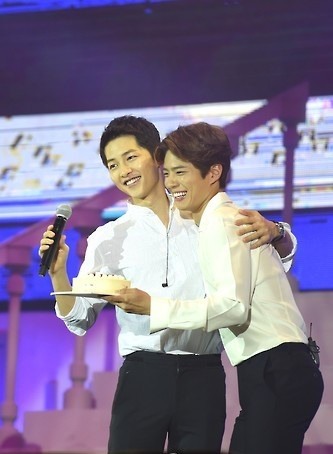 Song shared: “I remembered that Bo-gum worried a lot about his first leading role. I was nervous four years ago when I was first awarded a Best Excellence Award, so I thought Park must be nervous too.”

Besides, during the fan meet, the two stars showed their close friendship through playing many games and drawing faces of each other.

In related news, after the fan meeting in Taiwan, Park Bo Gum will continue visiting Tokyo, Bangkok, and Singapore to meet his beloved fans across Asia. Meanwhile, Song Joong Ki has completed the shooting process for his new film titled Battleship Island.