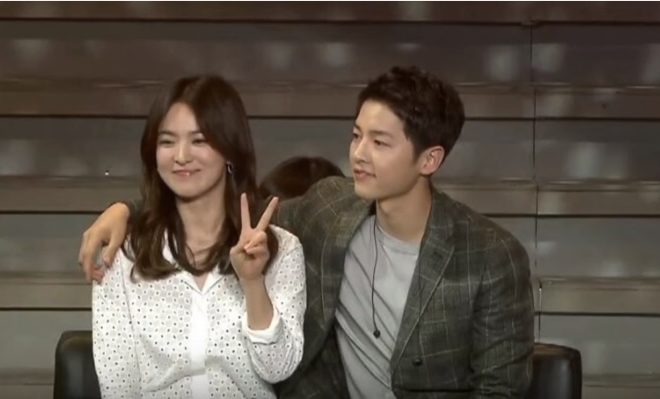 Recently, the dating rumor between Song Joong Ki and his Descendants of the Sun‘s co-star, Song Hye Kyo, has been spreading out at breakneck speed. The two were reported to go on holiday together in Bali, Indonesia.

However on June 19, the actor’s agency made an official statement to clarify the misinformation.

It said: “Song Joong-ki went on vacation to Bali with his friends before starting promotional activities for his movie ‘Battleship Island’.”

Right after that, Song Hye Kyo’s agency also denied the dating rumor between the two artists, saying: “It is true she went to Bali but it was for a project meeting. We confirmed that she did not meet with Song Joong Ki.” Hellokpop, as an independent Korean entertainment news website (without influence from any agency or corporation), we need your support! If you have enjoyed our work, consider to support us with a one-time or recurring donation from as low as US$5 to keep our site going! Donate securely below via Stripe, Paypal, Apple Pay or Google Wallet.
95
SHARES
FacebookTwitter
SubscribeGoogleWhatsappPinterestDiggRedditStumbleuponVkWeiboPocketTumblrMailMeneameOdnoklassniki
Related ItemsDescendants of the SunSong Hye KyoSong Joong Ki
← Previous Story Korean Rapper Changmo Receives BET Award Nomination
Next Story → Korean Rock Band Buzz To Release New Album This Summer