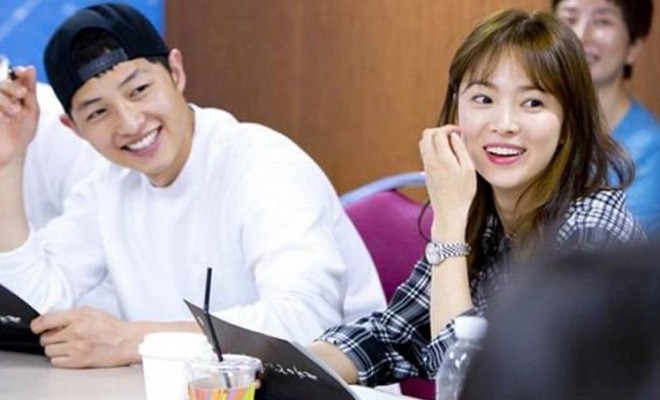 Are ‘Descendants Of The Sun’ Song Joong Ki And Song Hye Kyo Dating For Real?

On Monday, United Artists Agency (UAA) released an official statement that its actress Song Hye Kyo is not in a relationship with actor Song Joong Ki. The two stars are currently starring in the hit drama ‘Descendants of the Sun’. The statement added, “Song Joong-ki is her good colleague with whom she’s done a TV series together.”

The speculations of Song-Song couple first started when an unknown internet user spread that the two celebrities were spotted dining and shopping together in New York.

In response to this anonymous claim, the agency said, “There’s no need for us to consider it seriously. We’ll take it as a sign of fans’ interests.”

UAA stated, “The rumours about sponsorship have already been disproved by prosecutors in 2013. We don’t understand and can’t tolerate that they’re recirculating.”

The agency has since made a police report to seek help in tracking down the malicious rumours’ source.