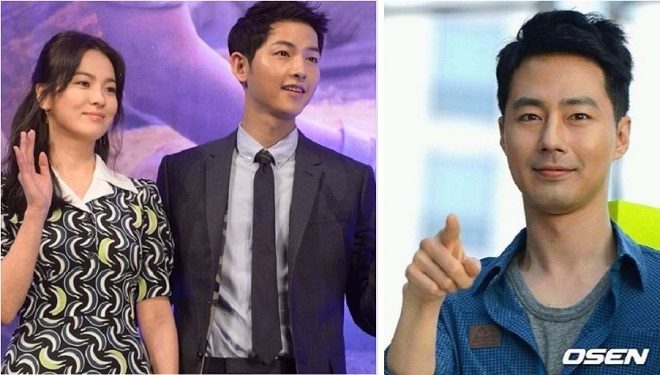 It began with “That Winter, The Wind Blows” all the way to “Descendants of the Sun”.

On July 10, Channel A’s Heard It Through the Grapevine was focused on the current hottest topic – the wedding news of Song Joong Ki and Song Hye Kyo.

At the show, one panelist then surprised audiences when he revealed that Song Joong Ki and Song Hye Kyo actually met each other for the first time in 2013 through actor Jo In Sung. The latter was the co-star with Song Hye Kyo in SBS hit drama That Winter, The Wind Blows.

Another panelist astounded the audiences further when revealed that during the casting of lead role Yoo Si Jin in Descendants of the Sun, many actors were considered, such as Jo In Sung, Kim Woo Bin, Lee Min Ho and Kang Dong Won. However, almost everyone rejected the offer because the drama was planned to be filmed overseas and pre-produced.

Pre-produced dramas usually mean a huge risk for Korean actors as there is no way that the story can be altered if the responses from the audiences fail to meet the expectations.

At that time, Jo In Sung became the key person, who personally recommended Song Joong Ki to the production team, which led him to co-star with Song Hye Kyo. This series of events eventually to the destined fate between Song Joong Ki and Song Hye Kyo, where they started to write their own love story through working together in Descendants of the Sun.

In a nutshell, Jo In Sung can be seen as the key matchmaker, who unknowingly played cupid between Song Joong Ki and Song Hye Kyo.