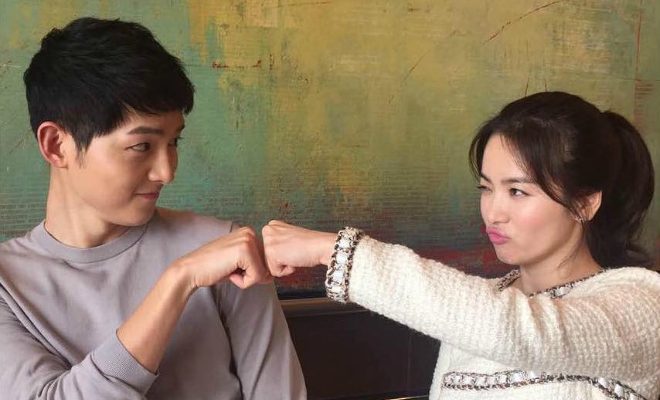 South Korean actor Song Joong Ki and actress Song Hye Kyo are set to get married on October 31, said their agencies in a joint statement.

Blossom Entertainment and United Artists Agency (UAA) released a joint statement on July 5 to announce the breaking news of upcoming marriage of the hit drama Descendants of the Sun lead couple. 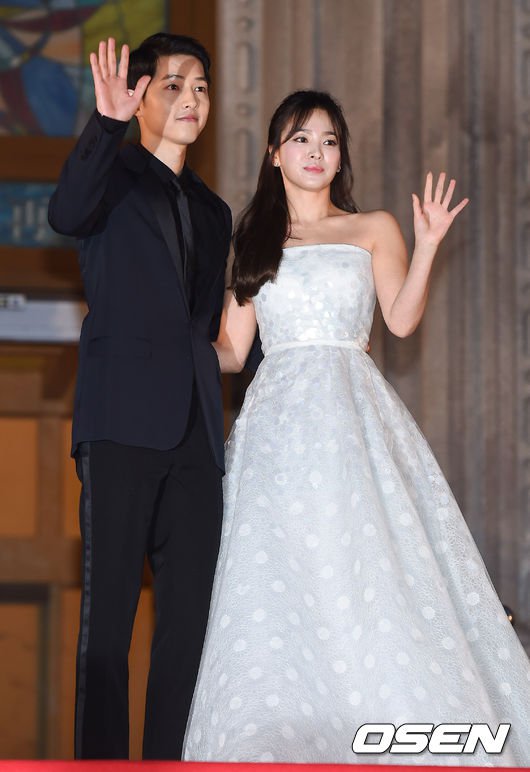 The Song-Song Couple during the Baeksang Awards. (Photo from OSEN)

“Song Joong Ki and Song Hye Kyo will be holding a wedding ceremony on the last day of October 2017,” the statement read. They also asked for understanding for the surprising news as it was a sensitive matter that must be discussed between the two families.

“A marriage is not only a private matter, but also a meeting between two families, so it was a delicate situation in many ways. Until the wedding is confirmed, we had to be cautious about the situation. We ask for everyone’s understanding,” they added.

The agencies ended the statement with best wishes and congratulatory remarks. Both Song Joong Ki and Song Hye Hyo will convey the news separately to their fans. 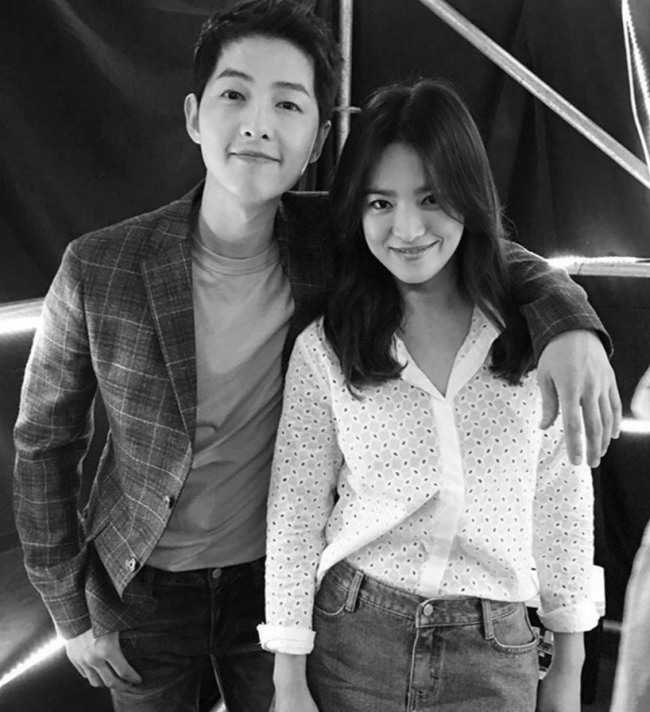 Song Hye Kyo showed her support to Song Joong Ki during his fan meeting by appearing as a special guest. (Photo from Song Hye Kyo’s Instagram)

UAA has also denied the pregnancy rumors that followed the marriage announcement. “It is not the case at all,” the official said. But it provided no further details on the dating timeline of the two actors. According to both sides, they do not know other information regarding the relationship of the two.

The two, who played the lead roles in the hit drama Descendants of the Sun, have been embroiled in dating rumors. However, they have been denying their romantic involvement with each other until now.