No one deserves better than them.

Park Bo Gum was honored with the Best Excellence Award for his role in the drama Moonlight Drawn by Clouds at the KBS Drama Awards 2016, which took place on December 31.

At the event, the actor had an acceptance speech after being announced as the winner. 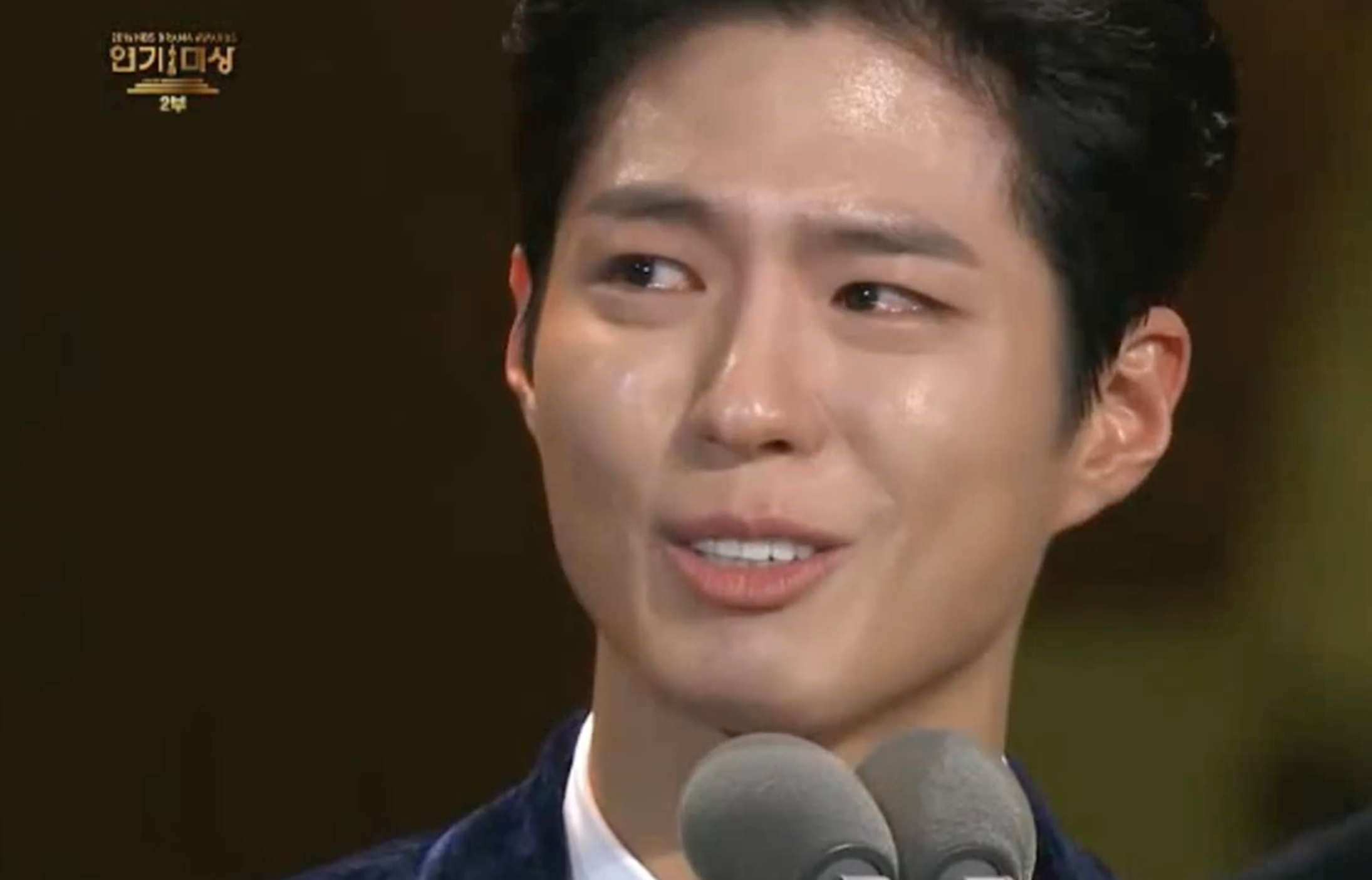 He said in tears: “I sincerely thank our beloved viewers for this award. It was thanks to the dependable seniors I had that I was able to wrap up the character Lee Young. I would like to thank our scriptwriter for allowing me to meet this great role.” 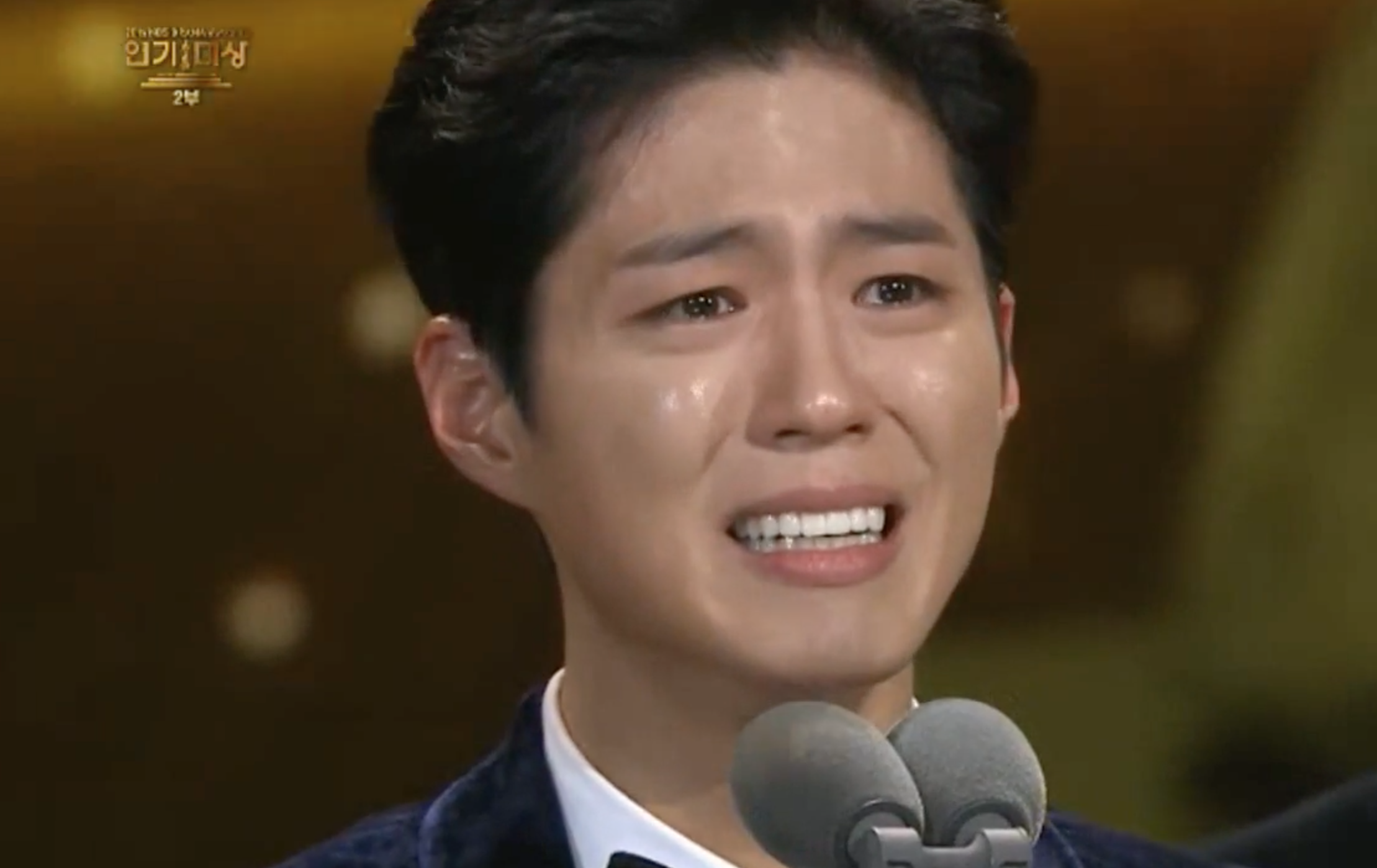 At that moment, good friend Song Joong Ki could not control his tears anymore while listening to Park’s touching words. 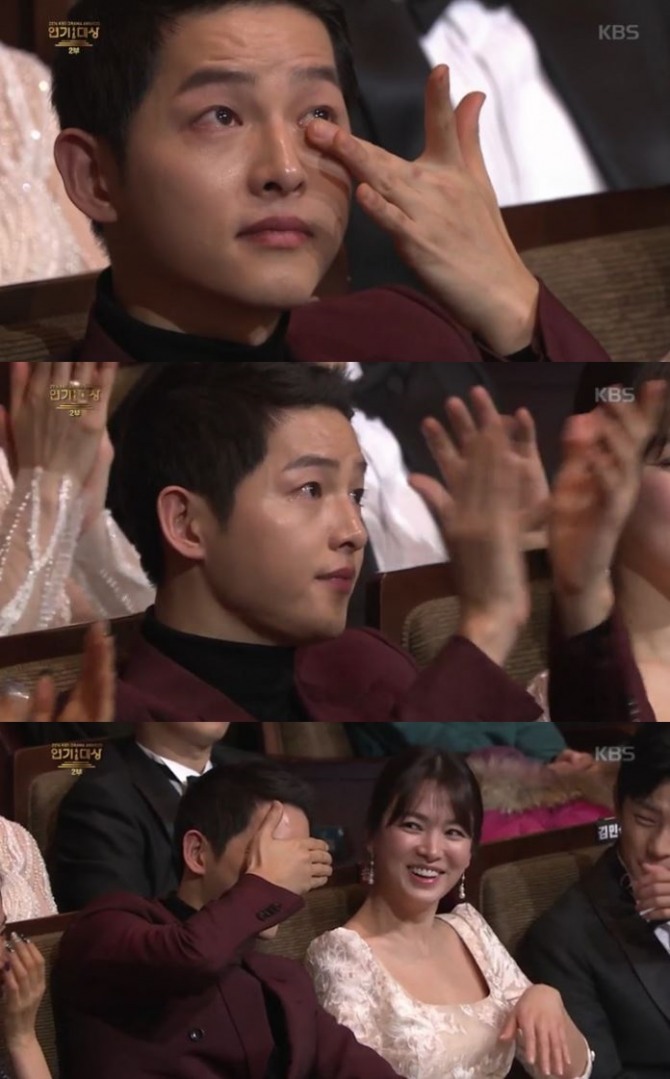 On the stage, one more time, the star tore up while reflecting back unforgettable memories during the filming process, saying: “I first received the script (for ‘Descendants of the Sun’) while I was still in the army. I give my thanks to those who trusted the fresh-out-of-army me. I started with nothing. Thank you for bringing me here.”

He added: “I cried a lot during filming whenever I got stressed, so much so that my nickname was crybaby. I give all credits and honors of this award to my partner Hye-kyo nuna, who is a great senior and the most beautiful and lovely partner. Thank you, Hye-kyo nuna.”