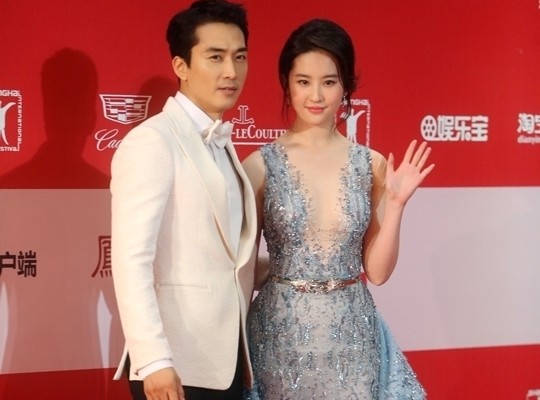 Seems like Song Seung Hun may have found the love of his life.

After checking with Song Seung Heon, it′s true he has carefully begun seeing Liu Yi Fei with good feelings. Although they haven′t been able to see each other often since filming for The Third Way of Love wrapped, they confirmed their feelings for each other and are seeing each other. As reported by the Chinese media outlet, they have not met each other′s parents or discussed marriage. As they are just starting out, they are being careful. Please look on favorably.

The dating rumors between Song Seung Hun and Liu Yi Fei started spreading like wildfire after a Chinese media outlet revealed several photos of them being seen together at the actress’ vacation home in Shanghai.

In related news, the two top stars first met each other during the filming of the joint project between Korea and China, The Third Way of Love. Also two months ago, they hit the red carpet together at the Shanghai International Film Festival.

Congratulations to this beautiful couple!