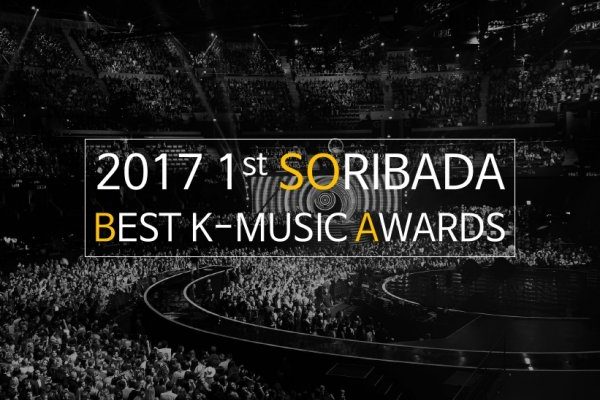 For the first time in history, Soribada will be hosting its very first music show.

On September 20 at 6.30 p.m. KST, the renowned digital network will be hosting “2017 1st SORIBADA BEST K-MUSIC AWARDS” The inception of Soribada was in year 2000. As Korea’s first digital music service, it was, and is still very popular among the audiences.

The purpose of the award show is that it will help in bringing the top artists together and vitalize the prevalent music of Korea. It is also expected that the show will help in globalizing K-Pop to the fans across the world.

The eligibility criteria are that the songs must be released from September 2016 to the month of August 2017 in order to contend for the awards. On the other hand, the other factors such as internal data of Soribada, votes given from all over the world via online mobile voting and the ratings by expert adjudicators and critics will also be considered.

The voting procedure will start somewhere in July, although the exact date is not confirmed at press time.

The award show will be aired live through TV, mobile and online channels.