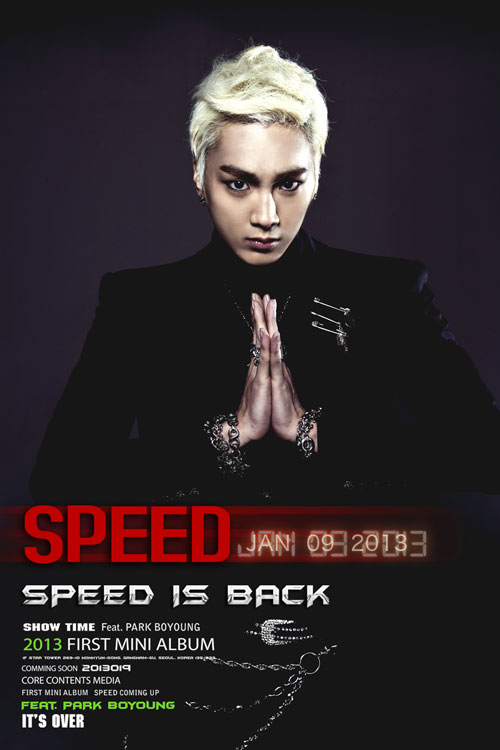 The 1993-born member was away in Vancouver of Canada for 1 year to study and is now back currently at Hallym Arts High School for Entertainment major, and he has been called the ‘little Song SeungHun’. In the revealed poster, Sejun is wearing all black, putting forth a chic look. The poster hints that they will be making a comeback on January 9th of 2013.

SPEED’s first mini album title song It’s Over will have the movie A Werewolf Boy‘s protagonist Park Bo Young featured in their music video for the drama version and their dance version as a femme fatal character. It’s Over is said to be produced by Shinsadong Tiger and Kim Taejoo, who also created Yang Yoseob‘s Caffeine. The two top producers will work together to create an addicting strong melody with a taste of R&B into a dance song that will match the group.