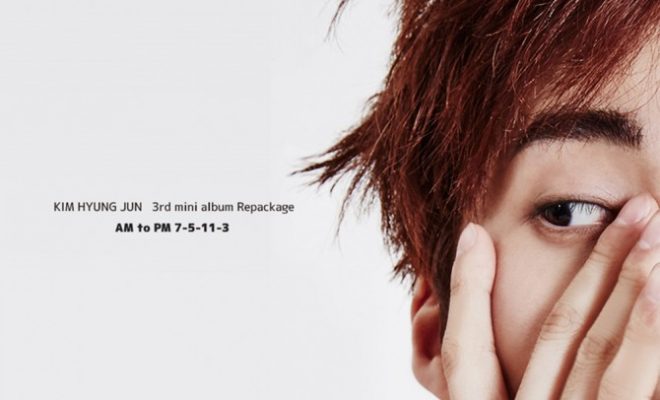 Kim Hyung Jun is the next idol off this year.

“I enlisted at the age of 31. I think I must do well no matter what,” the idol said. Similar to others who have enlisted, the SS301 member will undergo basic military training for four weeks. He will then join JYJ‘s Junsu at the promotion unit of Gyeonggi Nambu Provincial Police Agency. 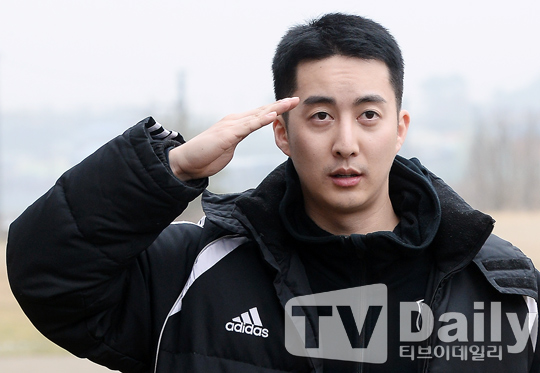 Kim Hyung Jun sends his final greetings to the press and fans before starting his duty. (Photo by TV Daily)

But before heading off to fulfill the military duty, Hyung Jun gifted his fans with the release of his repackaged mini album ‘AM to PM 7-5-11-3’.

The repackaged album consists of three songs from his March release ‘AM to PM 5-11-3’ and his newest track 7 o’clock. A music film teaser video for the said release was uploaded onto his agency’s YouTube channel last March 20.

Along with the singer’s mother, fellow SS301 members Kim Kyu Jong and Heo Young Saeng were spotted sending their youngest member off. The idol was seen getting emotional as he hugged his mother and bade his members goodbye.

Kyu Jong, Young Saeng, and Hyung Jun first debuted as a trio in 2008 as SS501 Project group. They released tracks such as U R Man and Because I’m Stupid, an official soundtrack of the hit drama ‘Boys Over Flowers’. After years of hiatus, the trio announced their return to the music scene as SS301 under a new management.