Q: What does the group name Standing Egg mean?

“We named ourselves after being inspired by the story Egg of Columbus. It is incredibly difficult to make an egg stand but it isn’t impossible. So we wished to create music carefully as if we were standing an egg.”

Q: It is known that your music is created usually by the members Egg1, Egg2, Egg3 and occasional guest artists. How did you order yourselves and what meaning does the name have?

“There is no particular meaning in the order. We tried to be active without using our real names so we were thinking of some nicknames for ourselves. We heard that within America’s major league baseball team New York Yankees‘ uniforms only show their numbers and no names. The reason to that is the personal names of the athletes is not that important but rather it has the meaning ‘we are the yankees’. So we decided to erase our names and use numbers to represent us as well.”

Q: Including the new album, you have released a total of 17 albums, can you tell us your favorite song?

“Of course, every song is very special but we always like our newest album more. We always try to make a better album, we try to add what we missed in the previous album so we are usually very satisfied with the newest album. We love all the songs included in the new 3rd album Shine.” 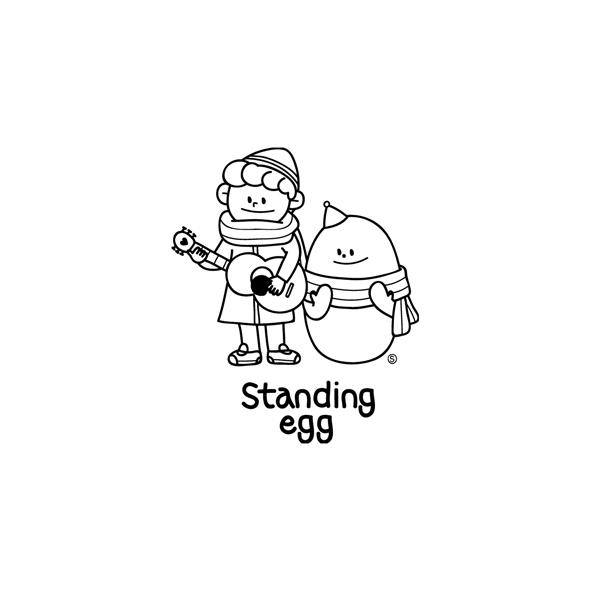 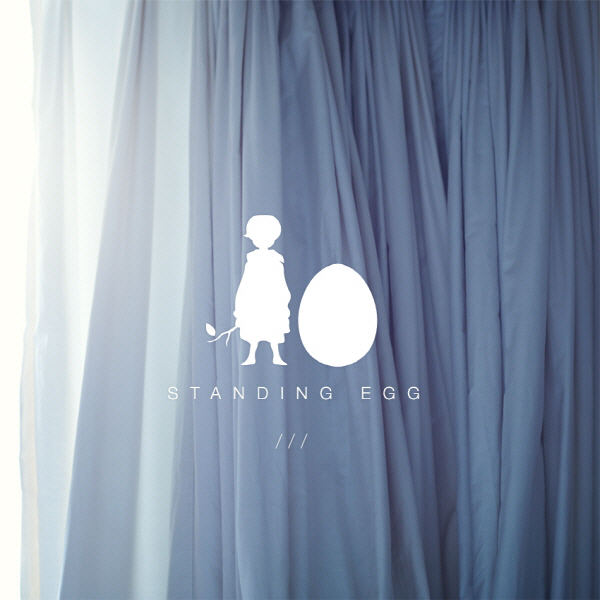 Q: What kind of music does Standing Egg like?

“We like a variety of genres. Many people like a song with a lovely melody and good lyrics, we like that kind of music too. We think a song that allows many people to empathize is good music.”

“We manage our official Facebook page, official Twitter, me2day, 2 Instagrams and 2 blogs. The accounts in Japan, Indonesia, France and Thailand are not created by us. Our fandom was first formed overseas and those accounts are run by the fans. Each social network has its own characteristic so we created all the different types. When SNS first came about, we thought that we could let people know about us through those rather than broadcast. So we started promoting ourselves through the SNS and came far enough to even do interviews like this.  We like to do our best in anything we start.”

Q: You guys are running a blog on Naver as a restaurant blog. If you could recommend the best restaurant in Seoul, where would that be?

“That is hard. There are so many delicious places. I think you could just check out our blog and pick something of your preference. There is a brunch restaurant named Vecchia&Nuovo (베키아엔누보), I remember taking one bite and was impressed. Many of our fans probably know, we often go to Cafe Mamas to eat Ricotta Cheese Salad, Choma(초마) in Hongdae for Jjam-bbong (짬뽕) and Burger Joint for handmade burgers.”

Q: Standing Egg has collaborated with many guest vocals including Han So-hyun of 3rd Coast, Windy, Clover, Christina. Which guest artist did you work best with?

“When we write the songs we request to guest that we feel best fits the song so each project is fun and progresses well.”

Q: Recently, Standing Egg featured in actress Park Se-young’s digital single album. How did it feel to feature? And how did you get to work with the actress? We are quite jealous!

“Actress Park Se-young said that she liked our music since a while ago. She contacted us because she wanted to do a duet with us for her new single. After hearing the music we thought it fit well with our style so we decided to participate. We have received many requests previously to have us feature in others’ work however due to many circumstances we had to reject them. There are also some songs we featured in that have not yet been released.”

Q: Please tell us more about the newest album Shine!

“We believe that this album is a great album to listen to during the fall season. The reason why the album title is Shine is because as we worked on this album, the most frequent image that popped into mind was light. At times like the light that sheds through the dark room, at times the bright shining light, at times the light that has a warm embrace. We tried our best to create that kind of music. Please give it a listen!”

Hellokpop, as an independent Korean entertainment news website (without influence from any agency or corporation), we need your support! If you have enjoyed our work, consider to support us with a one-time or recurring donation from as low as US$5 to keep our site going! Donate securely below via Stripe, Paypal, Apple Pay or Google Wallet.
FacebookTwitter
SubscribeGoogleWhatsappPinterestDiggRedditStumbleuponVkWeiboPocketTumblrMailMeneameOdnoklassniki
Related Items3rd albumPark Se-youngShineStanding Eggtranslated interview스탠딩에그인터뷰
← Previous Story Cube Entertainment trainee wins Kollaboration DC (Full Coverage)
Next Story → Lee Jung’s “I Am Sorry” CDs giveaway!