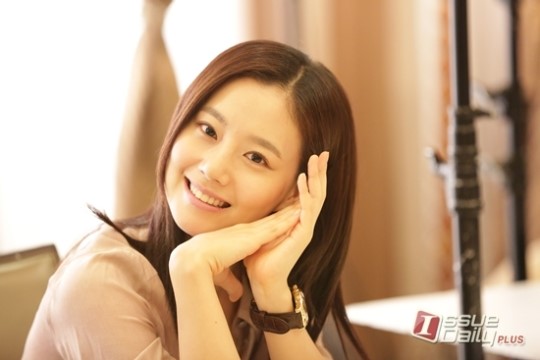 The faces of actors vary. Through the characters they assume in productions, viewers have only an indirect assess to the lives these actors live behind those images.

Having taken on the role of smooth-taking Seo Eun Ji in KBS2’s drama ‘Nice Guy’ last year, Moon Chae Won appears as Cha Yoon Seo this year as an ‘Angel Doctor’ who cares for patients and colleagues alike in in the drama ‘Good Doctor’.

A high school student who dreamt of becoming a fine arts student and who became an actress, Moon Chae Won has been showing her charms to the public through various productions. However, fans could only relate to the characters she portrayed in those productions, and there are barely any stories which reveal the scenes backstage-scenes of Moon Chae Won’s daily life.

Moon Chae Won opens this door to her daily life with a little trepidation. Previously, through Song Joong Ki’s Star Column, small bits and pieces of Moon Chae Won was revealed; also, Lee Seung Gi and Han Hyo Joo were few of the many who named her as someone whom they enjoyed a close friendship with. Everything you would like to know about this ‘Angel Doctor’ begins right here. (Editor Joo)

Hi, this is Moon Chae Won. To be able to greet everyone like this again lifts my mood. I also read both Seung Gi’s and Hyo Joo’s columns. Whenever I think of that time (when we were shooting together), I think to myself, “so much time has passed indeed…”

This is the real Moon Chae Won’s story. Let us begin! 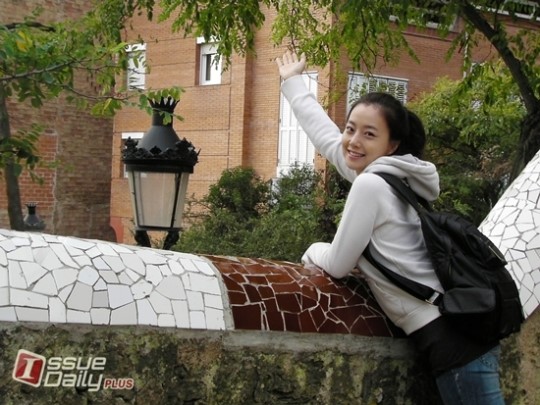 I think a holiday at any time can make people happy~

A fine arts student who became an actress

Although there are people who might already know this, prior to becoming an actress, I was majoring in fine arts. I was a high school student who dreamt of entering the arts faculty, I have a great natural interest in movies and enjoyed dramas, and my hobbies finally concretized into something more practical (acting) when I in the third year of high school and worrying over which course or direction to take in future.

Although I did eventually enter an arts course, an unexpected chance to become an actress came, so I stopped attending school and debuted in 2007 through the drama ‘Mackerel Run’.

Even though at that time, although I did not receive any formal education as an actress, I have, at present, learnt so much through my seniors. All I learnt I count as important teachings and am, to the fullest extent possible, happy because of the advice given to me. After filming ‘Mackerel Run’, I filmed the movie ‘Our School E.T.’ and immediately after , was cast in ‘The Painter of the Wind’.

I still feel thankful towards  ‘The Painter of the Wind’. I received compliments for my role as Jeong Hyang in the drama, and for the first time, gained official recognition as an actress. Ah! There is no way I could ever forget that moment. 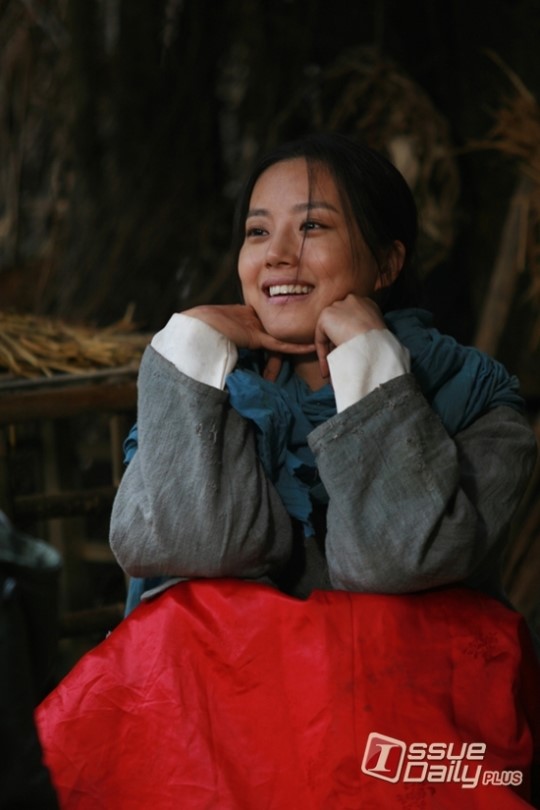 How I looked back then while filming ‘War of the Arrows’. Already, so much time has passed.

‘War of the Arrows’, I am very satisfied with this production…

‘War of the Arrows’ was a present that I could not even imagine could come my way. At first, I was already really satisfied because it was a good production, so it was beyond my wildest dreams when it later helped me clinch the Excellence  Award (2011 19th Republic of Korea Cultural Entertainment Arts Awards). On top of that, it helped me gain recognition as a promising actress, and gave me the Best New Actress Award (32nd Blue Dragon Film Awards and 48th Daejong Film Awards). I am both grateful and honored.

I always think that I made a good choice choosing acting as my career. That is because the productions and awards continually allow give me the opportunities to dream and to continue challenging myself.

For all the chances given to me that have allowed me to come this far, from the depths of my heart, I am grateful. Again, I want to make use of this opportunity to thank the many people working behind the scenes. It is only with their efforts that I could have arrived at where I am right now. 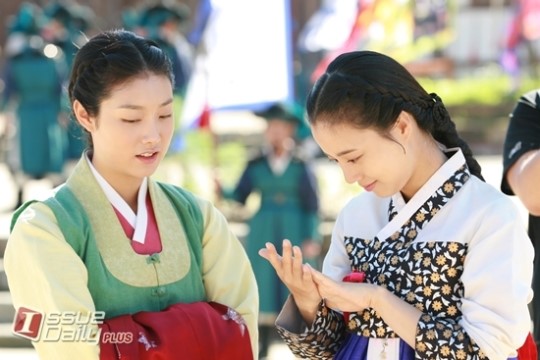 ‘The Princess’ Man’ is one drama you cannot miss out on!

3 dramas in a row… what is Moon Chae Won’s ticket to passing all the auditions?

‘The Princess’ Man’, ‘Nice Guy’ etc. are all truly memorable productions which received good reviews and were well-received by the audience. From the actor’s point-of-view, to be confident in the role you are playing while performing puts you on cloud nine. I am thankful to the people who watched the drama with love and as I continue talking, I realise that indeed, there is so much to be thankful for. It seems like I will have to be grateful even on normal days. ^^;;

Both dramas were to me interesting challenges and good experiences.  The characters Se Ryeong and Eun Ji in ‘The Princess’ Man’ and in ‘Nice Guy’ respectively really pushed my acting to the next level.

However, more than anything, to be able to receive so much love was due to the filming together with the writer, director, and the other actors. Filming together meant we endeavored hard to work as a team and give each other good incentives. I think the efforts collectively put in have created the best environment in which to grow the productions and to make them all successes.

In ‘Good Doctor’, I face new challenges. This story is divided into two parts. With hard work and the good luck received, the results of the dramas are good and sometimes I get questions on what are the criteria I have that help me assess which roles to undertake. When I choose a production, I tend to look at whether the melodrama has a unique storyline or if the character has her charms. What gives me the courage to choose a certain role is not the possibility of high viewer ratings, it is foremost, whether the role is able to satiate my desire and give me a sense of completion. Of course, the fear arising from having chosen a certain role will have to come after I have made my choice. I think the string of successes thus far has been the meeting of good luck with good results. How could I ever possibly speculate what the viewer ratings would turn out to be like. Heeheehee 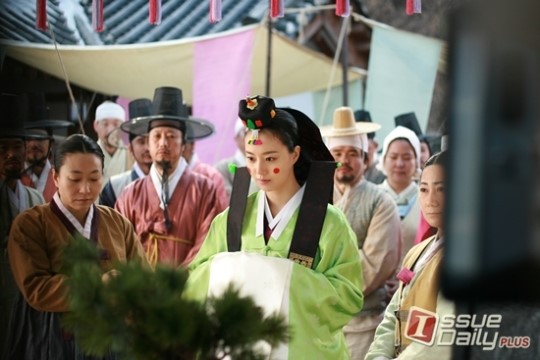 Without the people whom I met through the productions, there would not be the Moon Chae Won of today, right?

Acting, and wanting an alternate lifestyle

To say that acting is a form of enlightenment is not something I can say flippantly. Through the productions, so many things came about that made me grow as an actress. Acting to me is in truth not really a natural lifestyle, and I do have another kind of life I want to live. Filming often takes a few months, and for a long time, the aftertaste of it lingers on in my mind. I am a person who feeds and lives on memories. Being an actress has made my life so much more abundant.
I think that I am an actress who can show love for others.  In productions, there are actors who are able to the characters who are interested in them miss them whenever they appear. That is the kind of person I dream to become as well.

All the people I have met thus far are precious to me. All are people who have worked hard to produce the productions. Of course, amongst these people, I still am striving to keep in contact and meet with those who really are to my liking~ Although we do not meet often, there is still the need to put in effort.  I really hold them dear to my heart. 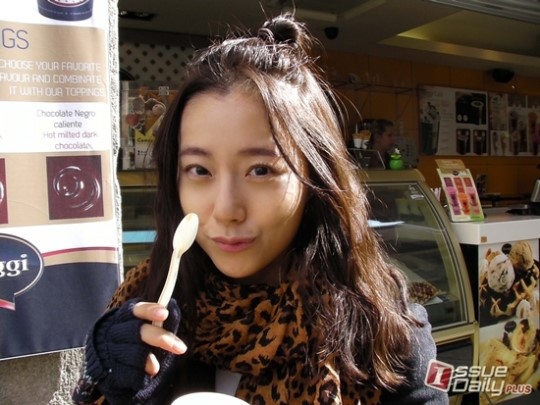 A shot taken in Spain while on holiday! And on this very cold day….an ice cream!!!

So how is Moon Chae Won like in real life?

I originally like travelling so I am the kind who enjoys going on holidays alone. If I go to a place to my liking, even if it requires having to move about for a long period of time, I will not hesitate. If it is possible, I prefer to go destinations where human traces are not as obvious or as many.

The most memorable trip I had was in 2011, after the filming for the ‘The Princess’ Man’ wrapped up, when I went to Spain with my mother. Even though it was physically tiring, I could see so many things and recharge myself for a long period of time.

As of now, living busily means that there is not much time to relax nor spare. I want to go and take a breather..for now, we are currently in the midst of filming now so it seems like it would be difficult. ㅠ_ㅠ

As aforementioned, I like movies a lot so when there are no schedules lined-up, I go to the theatre and watch almost all the movies there. I am so happy because there are so many good films hitting the big screen this autumn! If I do not get to watch the movies in the theatre, I will buy the DVDs and watch them.

Nowadays, becoming closer to people I care for and spending time together gives a new feeling to commonplace things and events. Regardless of whether its time spent with family, or time with friends, I think that thinking of happiness in one’s daily life is important. As people get busier, it becomes more important that everyone puts in the effort to stay together. How about taking some time now to contact family or some close friends? 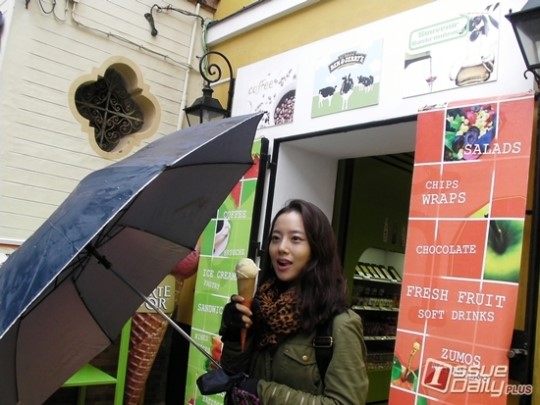 Up till now, receiving the questions and answering the bulk of it has been a really extraordinary experience- being able to give my answers directly. I did put thoughts into trying to reveal myself as deeply as possible, where I should be honest and tried to inject humor where appropriate. As it is really honest, and has my thoughts all imbued into it, I hope I showed everyone who the real Moon Chae Won is like.

Filming for the second part of ‘Good Doctor’ has commenced and I will try to dish a few details about it. Although we are filming in this unforgiving weather, because of the love we have received has ignited a flaring determination in us, we will pull us through. Ah!  Although I have mentioned this many times in interviews, I think the method we best receive strength is rice! Everyone is being picky with their food and have no appetite because it is so hot, so give us some ‘Rice filled with Love’ and let’s all prevail!

Wait for my next column! I will come back as soon as possible!