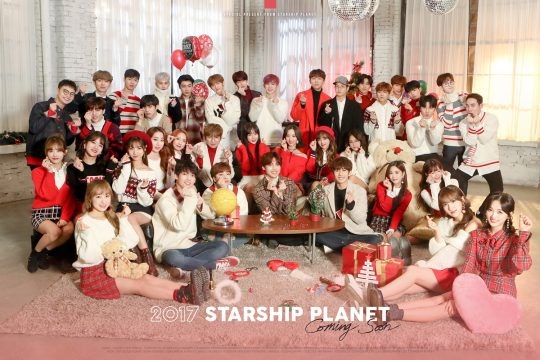 Let’s check out the next (massive) Christmas song from Starship Entertainment!

Starship Entertainment is set to unveil a new single by its artists for the upcoming Christmas. This is the agency’s annual activity, beginning from 2011.

The new song, titled “Christmas Day”, is scheduled to be released on December 8. It will be performed by the 39 artists of the agency, including Soyou, K.Will, Jeong Se-woon, Monsta X, Boyfriend, and WJSN.

Meanwhile, take a listen to the previous Christmas songs released by Starship Entertainment: