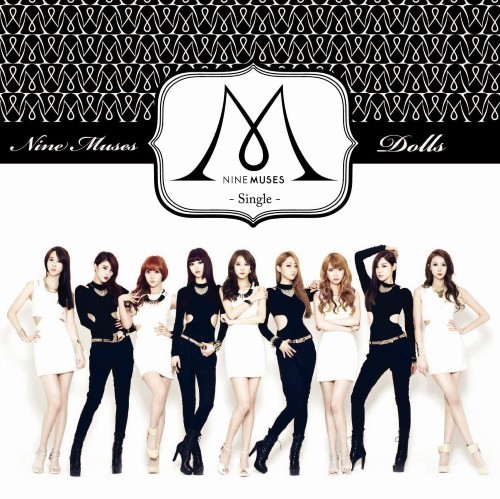 Still no hit for Nine Muses

On January 24, Nine Muses made its long awaited comeback with the new single Dolls and it is sad for fans to witness that, unless a miracle happens, the group’s fifth comeback still won’t be the one that puts the group on the map.

The girl group that is performing with nine members again – as their name suggests – for the first time since their debut went on full force last winter when, boosted by the good responses obtained by their sophomore single Figaro, they successively released News and Ticket. Their live promotions gathered new interest and the group has seen itself tagged as “another underrated group”.

Many K-Pop followers have anticipated Nine Muses comeback and hoped for a breakthrough song. But, though musically satisfying, Dolls has failed to make a significant impact on the charts even with a couple live performances already in the bag. While it failed to even make the top 100 on charts like Mnet, it nevertheless ranked 3rd on Bugs daily chart, Korea’s more volatile chart. As of Melon, the song has been battling between 30th and 50th place since release.

It seems that Nine Muses failed to capitalize on the attention earned last year to great expenses. Given the number of rivals in the music industry these days, it sadly feels more and more improbable that the group that debuted in 2010 will at last score the hit they have been striving for the last two years. One can only hope, and, in the meantime, rejoice at the nine dolls’ return on the live stages.