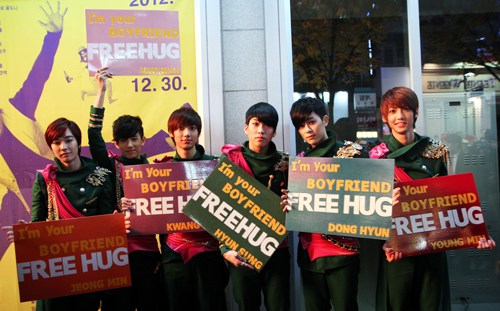 BOYFRIEND’s free hug event has been cancelled amidst safety concerns after almost a thousand fans showed up the public event.

Fans of the idol group, BOYFRIEND were invited to attend a “free hug” event where the six member boy group would attend the Myundong free event.

However, organisers had to cancel the event ‘due to the safety of fans’ after about a thousand fans showed up. A spokesperson for Starship Entertainment thanked fans for supporting the group but apologised that the event had to be cancelled.

“To thank the fans who have always supported BOYFRIEND, they wanted to go to the fans to give back and created this event but fans more than we expected showed up. For the safety of our fans we had to cancel the event, and we are very sad and sorry that we had to come to that. We hope to meet you for a better event again.” The agency said.