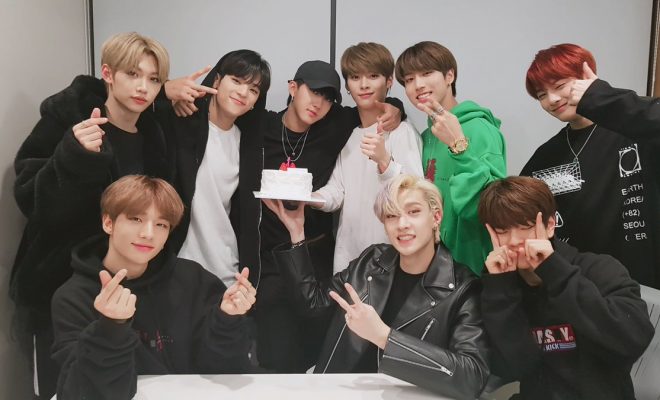 A little over a year since its debut, Stray Kids finally took home a music show trophy through Mnet’s M Countdown on April 4, besting out Haeun and Yoseop after scoring 5,870 points.

The boys secured the first music show win through their latest single “Miroh”, the lead track of their fourth extended play Clé 1: Miroh.

In a statement made through their agency JYP Entertainment, the members relayed their gratitude to everyone who supported them and shared their promise to continue working hard.

“We don’t know how to express our thankfulness to the many people who constantly support and help us and precious STAYs. We are so happy and thankful to receive first place. We will think of this as a new beginning and work harder without losing sights of our beginnings. In the future, we will continue to show a Stray Kids that grows and improves steadily with this gratitude,” the boy group said.

Additionally, the mini album debuted at number three on Billboard’s World Album Chart after selling 1,000 copies in the week ending March 28. The feat also marked the best sales week of the boy group in the United States.

Also, Stray Kids made its appearance once again on Heatseekers Albums at number 13. The boys also debuted at number 90 on Artist 100 Chart. In addition, they hit their highest position on Social 50 Chart at number four.

Hellokpop, as an independent Korean entertainment news website (without influence from any agency or corporation), we need your support! If you have enjoyed our work, consider to support us with a one-time or recurring donation from as low as US$5 to keep our site going! Donate securely below via Stripe, Paypal, Apple Pay or Google Wallet.
FacebookTwitter
SubscribeGoogleWhatsappPinterestDiggRedditStumbleuponVkWeiboPocketTumblrMailMeneameOdnoklassniki
Related ItemsStray Kids
← Previous Story SM Entertainment Teams Up With Capitol Music Group To Bring NCT 127 To Global Market
Next Story → Kang Ki Young Announces Plans To Wed This Spring