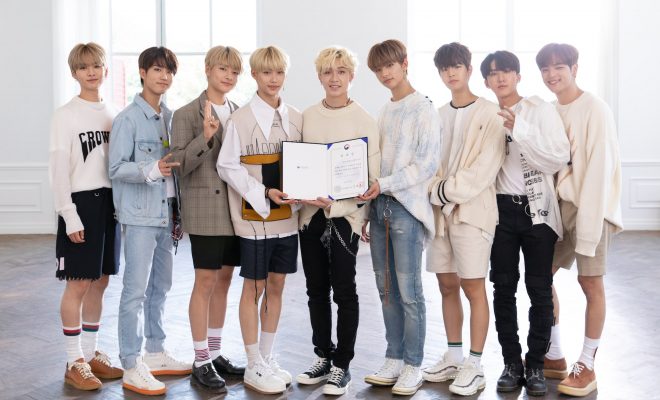 Stray Kids has received the honor of being promoters of Korean culture everywhere all around the world!

Stray Kids has been officially appointed as ambassadors for Korean Culture and Information Service! 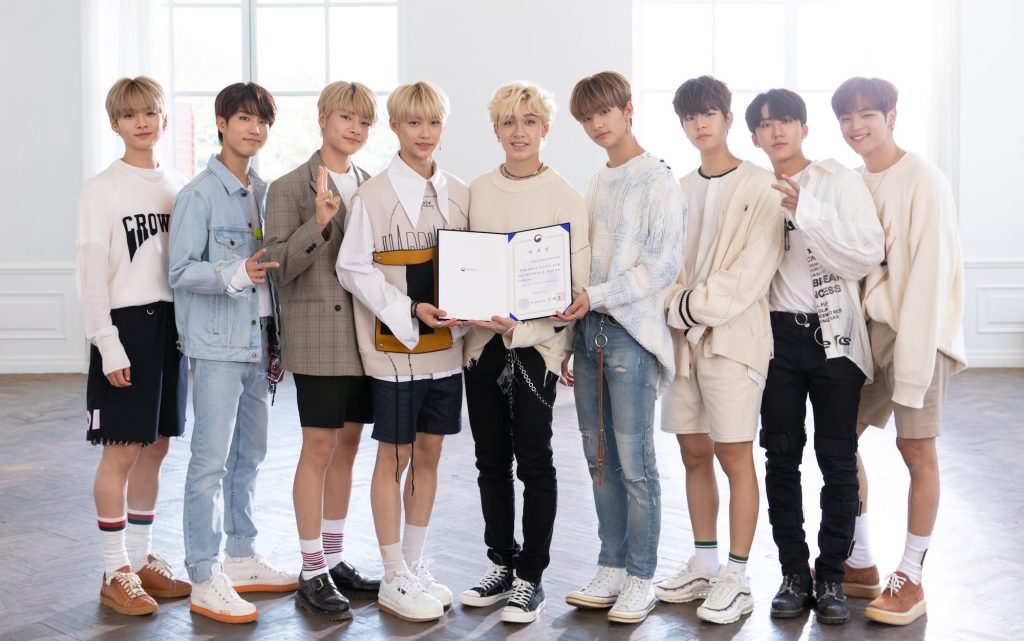 The Ministry of Culture, Sports and Tourism’s Overseas Culture Promotion Agency has formally enlisted the help of Bang Chan, Woojin, Lee Know, Changbin, Hyunjin, Han, Felix, Seungmin, and I.N in further spreading the Hallyu wave all around the world! On June 18, the nine boys officially received their appointment as honorary ambassadors for the Korean Culture and Information Service or KOCIS.

With this, the group will be helping in promoting Korean culture and Hallyu content even more overseas. Additionally, they will lend their talents and make use of it to enhance the value of South Korea’s national brand.

Every year, KOCIS partners with a K-Pop group for the Talk Talk Korea contest. Their previous ambassadors such as BTS in 2016, EXO in 2017, and WINNER in 2018 have engaged in promotional activities by taking part in videos that encourage participation in the organization’s contests.

However, this is the first time that the organization has appointed an honorary ambassador to represent them as a whole. As its first honorary ambassador, Stray Kids will participate in various events run by KOCIS throughout the year.

“Through the promotional activities to be done by Stray Kids, who is gaining great popularity overseas, we hope that youth around the world will be able to feel greater interest in Korea with more friendliness and closeness,” KOCIS’ director Kim Tae Hoon stated.

Currently, the group is gearing up for their second comeback in 2019 with the album Clé 2: Yellow Wood.

Hellokpop, as an independent Korean entertainment news website (without influence from any agency or corporation), we need your support! If you have enjoyed our work, consider to support us with a one-time or recurring donation from as low as US$5 to keep our site going! Donate securely below via Stripe, Paypal, Apple Pay or Google Wallet.
FacebookTwitter
SubscribeGoogleWhatsappPinterestDiggRedditStumbleuponVkWeiboPocketTumblrMailMeneameOdnoklassniki
Related Itemsjyp entertainmentKorean Culture and Information ServiceKorean Culture and Information Service ambassadorStray KidsStray kids Korean Culture and Information Service
← Previous Story (G)I-DLE Unveils More Details About Upcoming Digital Single + Confirms “Weekly Idol” Appearance This Month
Next Story → B.A.P’s Jung Daehyun Preps For His Full-Fledged Solo Activities Under A New Agency