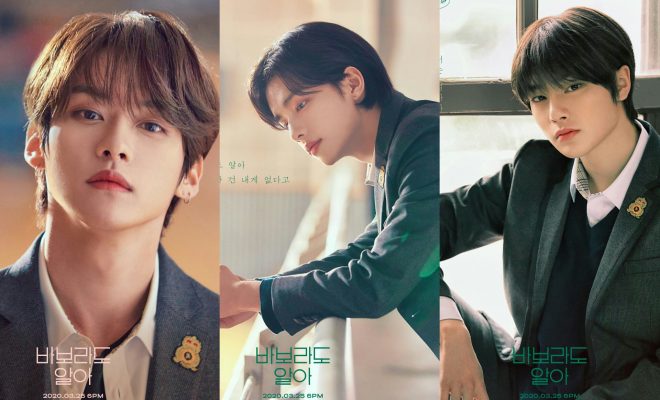 Raise your hands if you thought that these new photos from Stray Kids were K-Drama character posters too!

Following their first March 14 teaser, Stray Kids shared A+ concept photos hyping up the release of their newest mixtape! 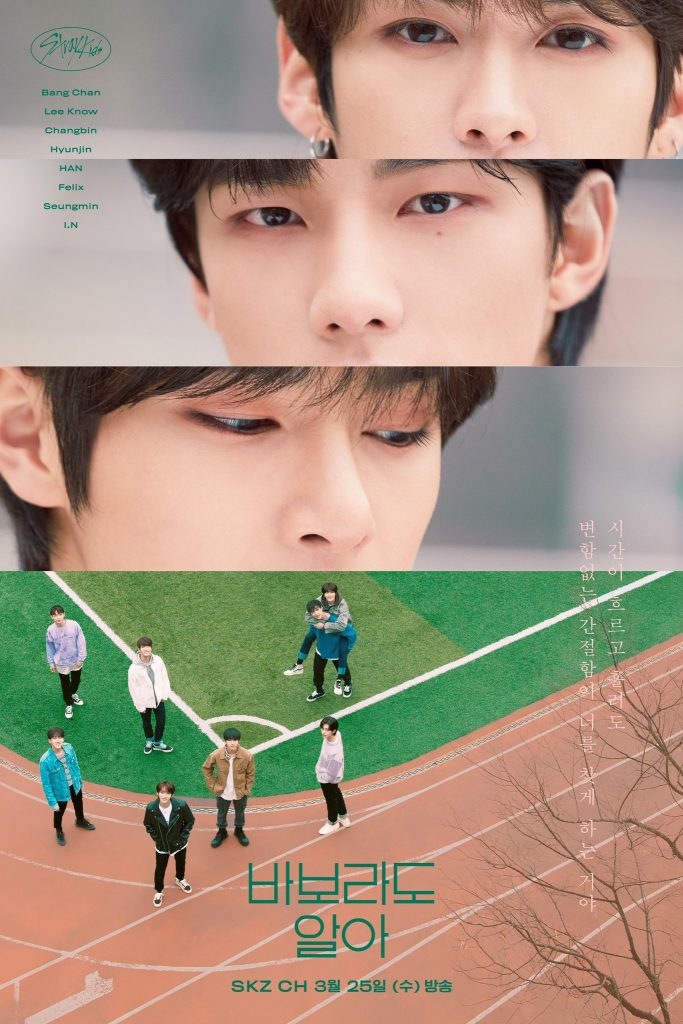 The boy group is gearing up to bless their fans with new music once again—and the anticipation for it has only been further heightened on the midnight of March 20 KST.

Unveiling a series of teaser photos reminiscent of Korean drama character posters, they announced the scheduled March 25 release of their new mixtape song titled “Even An Idiot Knows” (literal translation).

Just like characters jumping out from a youth drama, each member of Stray Kids showed their charms while dressed in chic high school uniforms.

Aside from the text Mixtape: On Track which can be assumed as the title of their upcoming mixtape project, dramatic lines are also displayed on each poster.

“My unchanging desperation makes me search for you,” Bang Chan’s poster said, while Lee Know’s displayed the words “I hate how you feel so far away”.

“Stop this day which is now meaningless” is what is written on Changbin’s poster, while the heartstring-tugging message on Hyunjin’s poster says “Even an idiot knows that nothing means more to me than you do”. 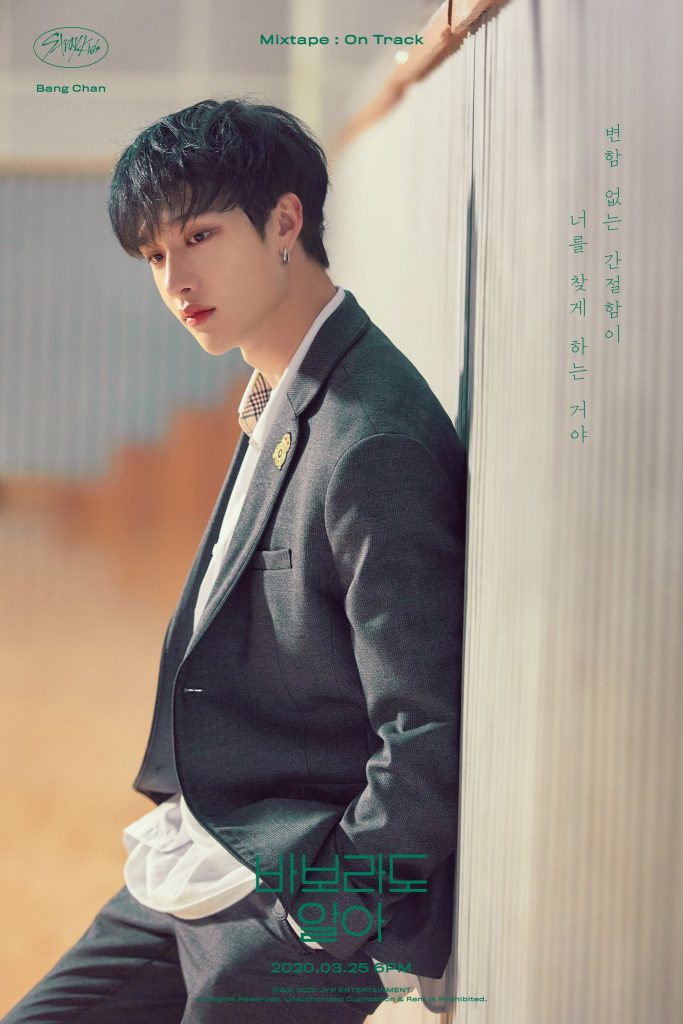 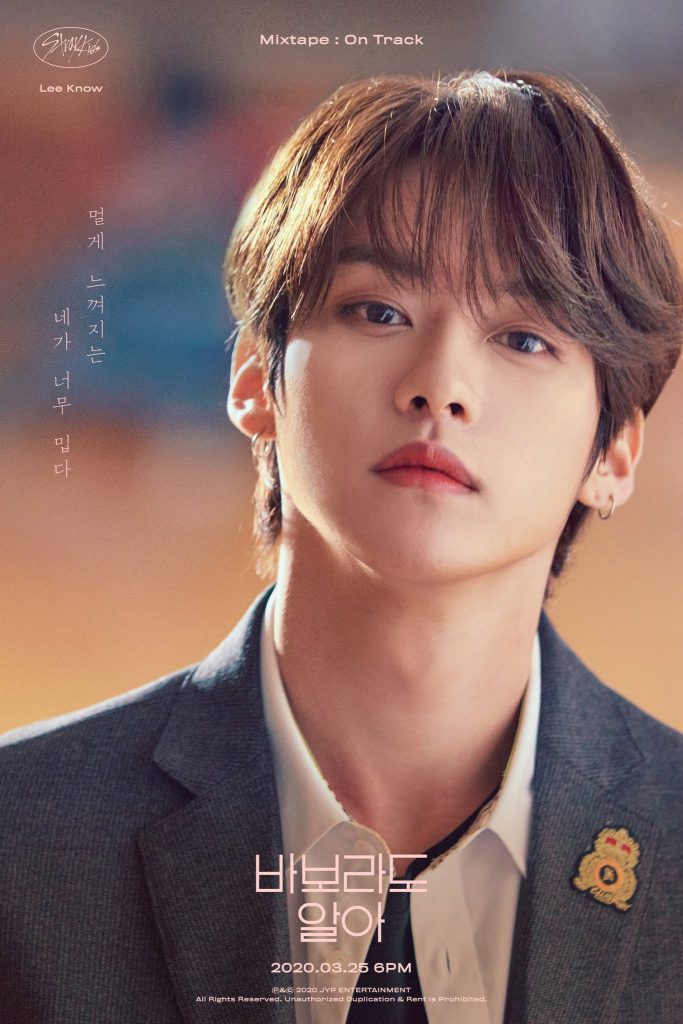 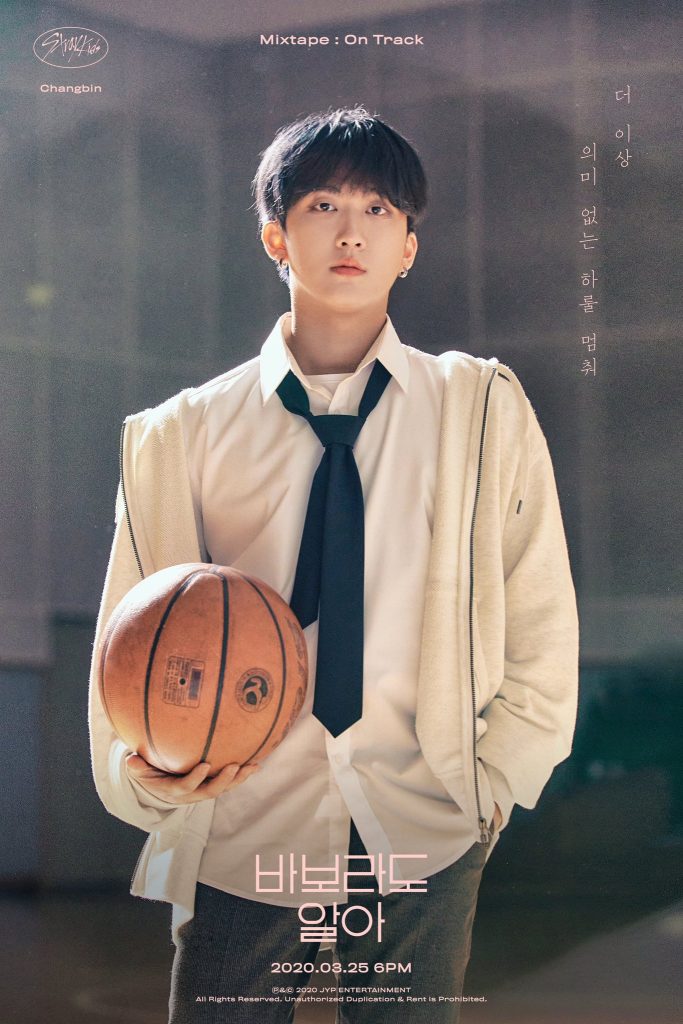 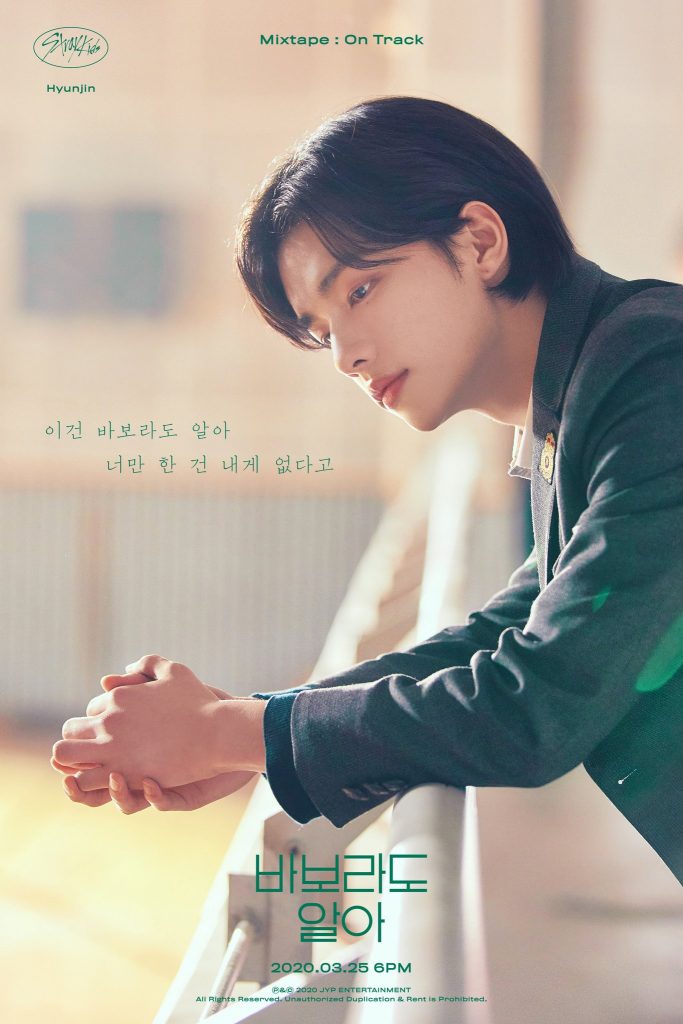 Flashing a smile at the camera, Han poses alongside the words “you’re the only thing clear in my vision that is blurred”. Meanwhile, Felix’s poster simply asks, “how can I ever let you go?”

“My feet feel too heavy to continue walking on a day without you,” is what Seungmin’s poster expresses, while lastly, I.N’s poster asks, “How distant have you become?” 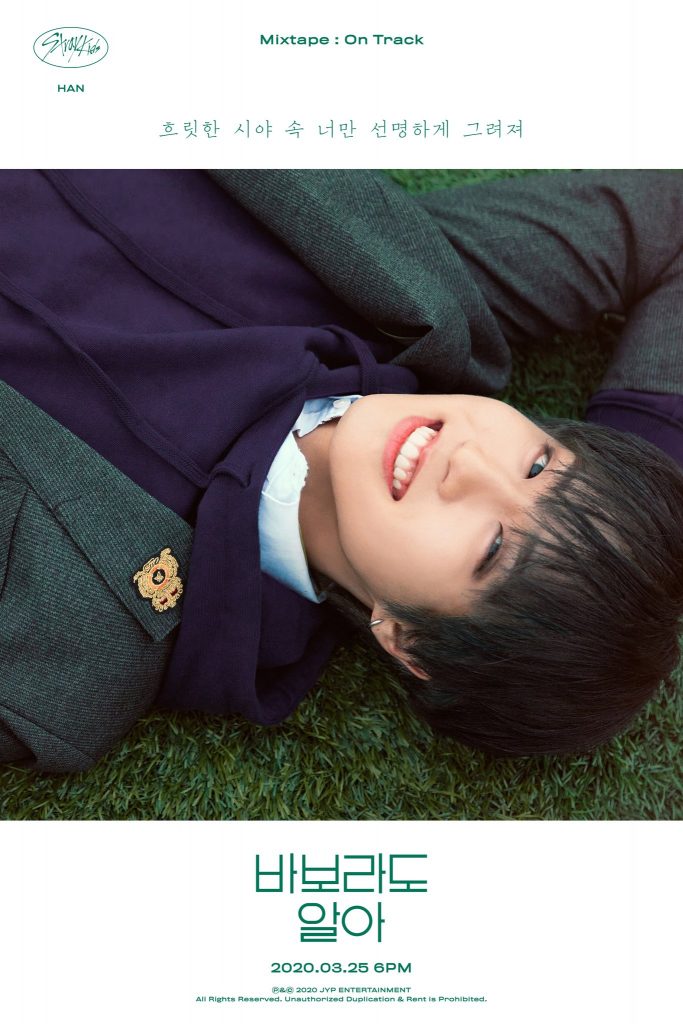 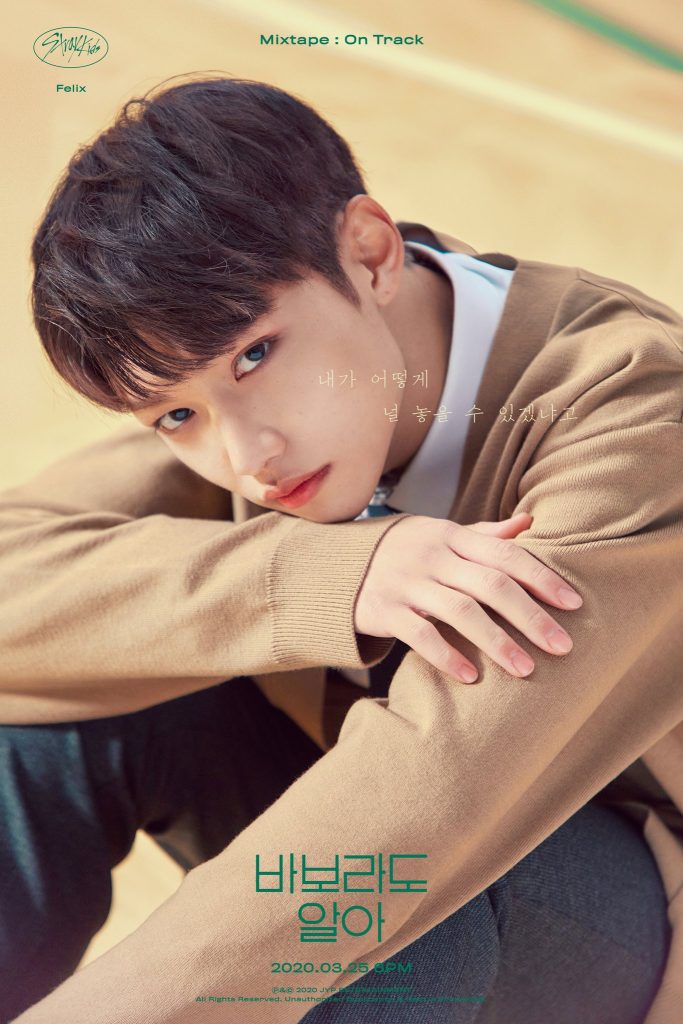 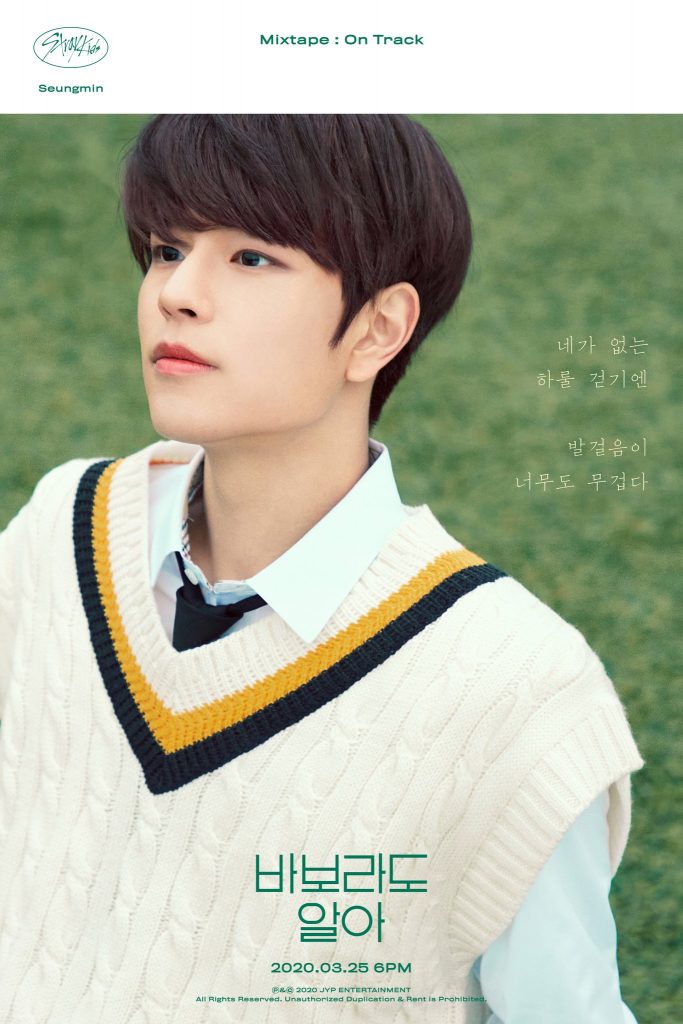 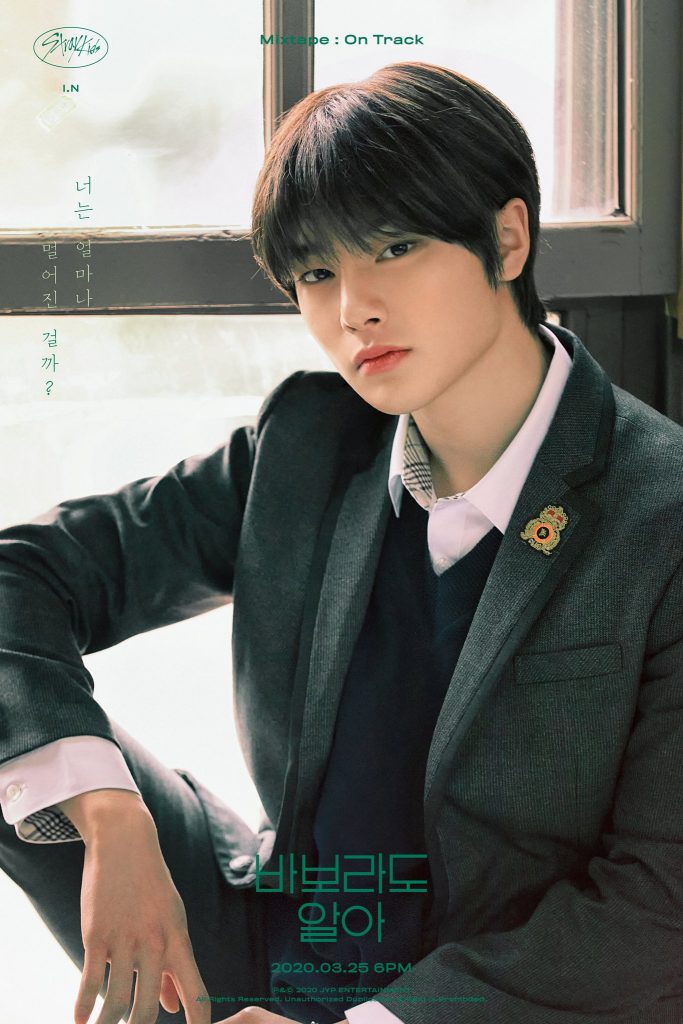 In December 2019, the group also shared another mixtape titled “Gone Days” where they bustled with youthful energy while rebelling against the “rules” and expectations set by the older generation.

Hellokpop, as an independent Korean entertainment news website (without influence from any agency or corporation), we need your support! If you have enjoyed our work, consider to support us with a one-time or recurring donation from as low as US$5 to keep our site going! Donate securely below via Stripe, Paypal, Apple Pay or Google Wallet.
FacebookTwitter
SubscribeGoogleWhatsappPinterestDiggRedditStumbleuponVkWeiboPocketTumblrMailMeneameOdnoklassniki
Related ItemsEven An Idiot KnowsMixtape : 바보라도 알아Mixtape: On TrackStray KidsStray Kids Mixtape스트레이키즈
← Previous Story Ticket Sales For BTS’ “Map Of The Soul” Tour’s European Leg Postponed Amid COVID-19 Outbreak
Next Story → Weki Meki’s Doyeon Joins Kim Min Kyu As Leads In Upcoming Playlist Web Drama