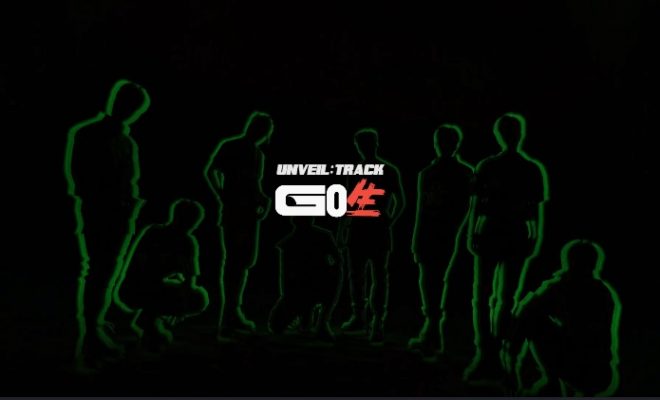 Stray Kids Gets The Clock Ticking In “GO生” Track Preview

Stray Kids are ready to make STAYs’ hearts race with the preview of their track “GO生”!

On June 4, Stray Kids gave an insight to their title track “GO生” from their upcoming comeback album GO LIVE on their official SNS.

The group previously revealed a gripping “Prequel (Highlight Reel),” as well as a thrilling teaser for their upcoming album GO LIVE.

Stray Kids surely didn’t kid around in this intense track, and its short preview has gotten fans eagerly waiting for the full track to drop.

The power that surged through a minute and 22 seconds in the track’s preview itself is enough to ensure an adrenaline rush. The heavy trap beats, bass drops and fiery snares make “GO生” an action-packed track.

Moreover, the video for the “GO生” track preview is extremely eye-catching as well, especially with the dramatic neon lights and its graphic setting.

For its message, Stray Kids also talked about not stressing about time and accomplishing things at their own pace.

The members channeled a passionate energy with their dynamic visuals and bold styles in the video. Bringing an explosive opening to the video, Bang Chan looked effortlessly cool in his new edgy avatar as he holds up a digital timer.

The scene then shifted to Hyunjin and Changbin really heating things up with their fiery rap verses and mannerisms.

The track’s beat relaxed a bit when Lee Know and Bang Chan came in with their captivating vocals while asserting that they don’t want to go fast and that they just want to have fun.

Afterward, I.N and Seungmin charmed with their low tones and breathy lyricism which makes it seem as though they’re almost murmuring the verse.

The melody of “GO生” picked up the tempo again as Han asked questions like “Don’t you like going fast? Why are you so slow?” Raising excitement from fans, Han clearly went for the kill with his verse, sounding fierce as ever.

Felix then concluded the track as he slowed things down with his dazzlingly deep vocals while he notes that he will take it slow if he wants to and that he will do things on his own time.

All in all, the track has an interesting approach with how the song style flawlessly matched the lyrics. The pace of the track switched between slow to fast speeds reflecting the lyrics, showcasing Stray Kids’ genius as musicians.

GO LIVE is Stray Kids’ first full length mini album which is all set is to drop on June 17.