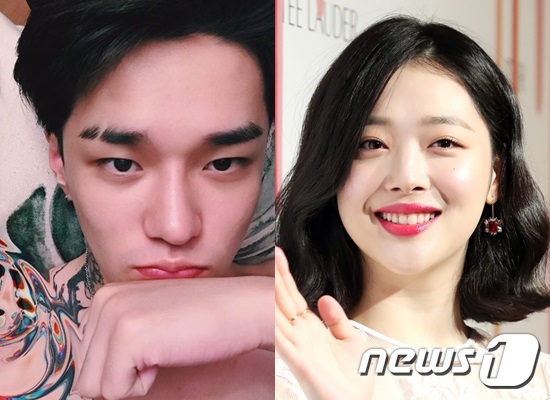 Sulli comes out of her musical hiatus for a collaboration with DEAN.

Sulli is releasing a new song after four years of musical inactivity. Since her hiatus in 2014, she has been consistently building up her drama and film rap sheet. Soon, fans will get to hear Sulli’s beautiful vocals once again.

She is reported to participate in Dean’s new song, “Imagination”. They also said that they already recorded the music video. Sulli became one of South Korea’s most famous actresses after withdrawing from her girl group, f(x).

She gained mainstream popularity through SBS’s To The Beautiful You. She snagged the lead role of the story which is based on a famous Japanese manga, Hanazakari no Kimitachie.

This past year, she starred alongside Kim Soo Hyun in an action thriller film, Real. The film received positive reviews in Taiwan. It is known for its uniqueness and originality.

Read Also: EXID Preps Up For Full Comeback With Solji This Month

In similar news, Dean dropped a teaser for his newest single on his social media channels. His new song, stylized as “dayfly”, will be released on November 8 at 6pm in Korea. The track will make its international debut on November 9th. Watch the teaser below.

Dean will also be visiting his fans in the Philippines on November 10th. He will perform with Korean R&B singer, Saay. They will be partying it up at the New Frontier Theater (formerly known as Kia Theater).

The event includes signed freebies from the two artists, as well as a meet and greet session with Dean and Saay. Make sure you get your hands on some VVIP tickets to avail these privileges.

Are you excited for Sulli and Dean’s collaboration? Let us know! Tag @hellokpop in all your tweets.

Hellokpop, as an independent Korean entertainment news website (without influence from any agency or corporation), we need your support! If you have enjoyed our work, consider to support us with a one-time or recurring donation from as low as US$5 to keep our site going! Donate securely below via Stripe, Paypal, Apple Pay or Google Wallet.
FacebookTwitter
SubscribeGoogleWhatsappPinterestDiggRedditStumbleuponVkWeiboPocketTumblrMailMeneameOdnoklassniki
Related ItemsdayflydeanSaaySulli
← Previous Story Lee Jong Suk Returns To Korea After Fan Meeting Mishap In Indonesia
Next Story → ARMYs Prove BTS Has The “Biggest Fans” In The World With MTV EMA