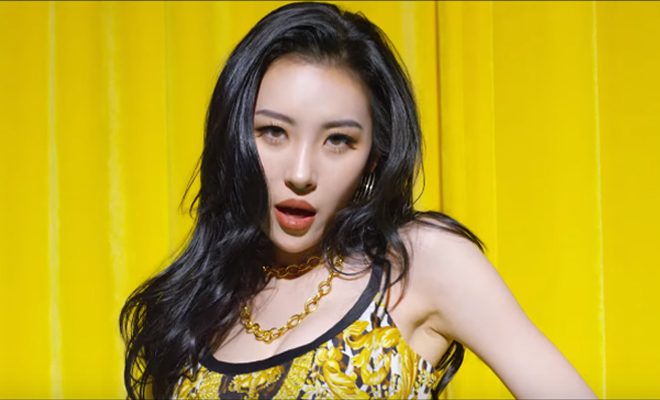 Sunmi’s new track is currently accused of plagiarism from a Western singer’s track, released in 2009.

On January 18, Sunmi marked her comeback by dropping a new single titled “Heroine”.

It is reported that “Heroine” is a prequel to “Gashina”, which is Sunmi’s chart-topping track previously.

Released in August 2017, Gashina is the idol’s first music product after she decided to leave JYP Entertainment. The song captivates listeners with its addictive and dynamic melodies.

However, shortly after, the new song of the former Wonder Girls member is accused of plagiarizing from Cheryl Cole’s “Fight For This Love”. Some netizens claimed that the melodies of both tracks to be seemingly identical.

What do you think of this allegation?