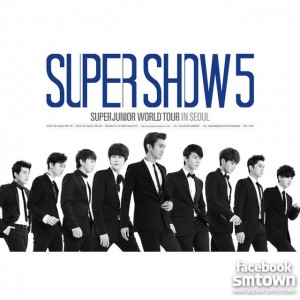 The worldwide tour is set to kick off on the 23rd and 24th of March at the Gymnastics Stadium in Olympic Park in Seoul and SM Entertainment has confirmed additional tour dates via their official Facebook account. Confirmed countries are Brazil, Argentina, Chile and Peru.

It has been five years since Super Junior began their ‘SUPER SHOW’ solo concert series, but it will be the very first time for these South American countries to be part of the worldwide tour.