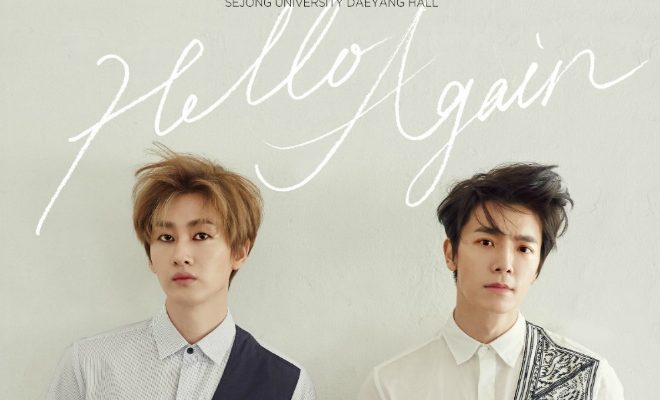 It has been less than a week since SUPER JUNIOR’s Dong Hae and Eun Hyuk said goodbye to military life after two years of mandatory service. But for them, “rest” seems to be absent in their vocabulary as the two already have activities lined up in the coming days and months.

Dong Hae and Eun Hyuk, collectively known as SUPER JUNIOR-D&E, will be meeting ELFs on July 23 at 5 p.m. KST. Entitled Hello Again, the fan meeting will be held at Daeyang Hall at Sejong University in Seoul. Tickets reservation has begun on July 14 at YES24 website. This will be the duo’s first fan meeting after their military discharge.

Aside from a fan meeting, SUPER JUNIOR-D&E will also be joining the line-up of KCON 2017 LA. They will be performing alongside Cosmic Girls, Girl’s Day, SEVENTEEN, SF9 and VIXX on August 19 at the LA Convention Center.

[LINEUP] Come to #KCON17LA and welcome the comeback of Super Junior's Donghae and Eunhyuk! #SUPERJUNIORDE pic.twitter.com/w1SoEUMQjR

Both Dong Hae and Eun Hyuk were discharged from the military this week. Eun Hyuk completed his mandatory military service on July 12. He was welcomed by 500 fans from Korea and abroad in front of his stationed post in Wonju, Gangwon Province.

Eun Hyuk said he felt bittersweet. “I’m nervous because it’s the first I’ve been in front of the camera in such a long time,” he said. Fellow SUPER JUNIOR members Lee Teuk, Shin Dong, Ye Sung and Dong Hae welcomed him back to civilian life after almost two years. 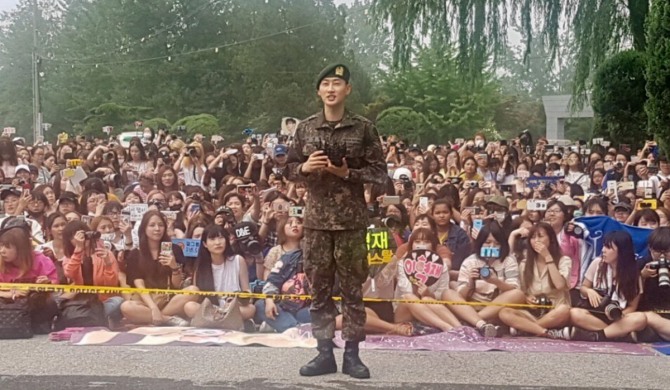 On the other hand, Dong Hae finished his mandatory military service on July 14 after serving as a conscripted policeman at the Seoul Metropolitan Police Agency. The SUPER JUNIOR member said he was nervous and did not sleep well the night before his discharge. “I didn’t expect many people to come wait for me. Thank you for waiting,” he said.

Eun Hyuk joined fans in welcoming Dong Hae back to civilian life. Other members congratulated him through Instagram. 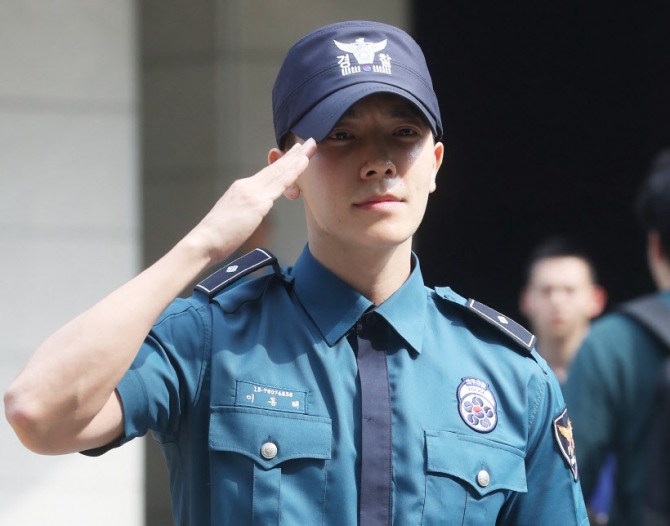 After Siwon’s discharge in August, SUPER JUNIOR is set to end its two-year hiatus in October.