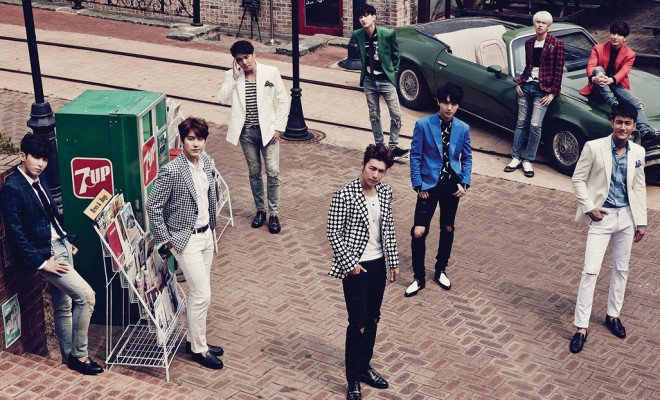 Super Junior Is Coming Back With “Magic”

Super Junior’s Magic is spell-bounding in the group’s MV teaser for the track!

Magic is the follow-up album to the group’s special 10th Anniversary Album Devil, and it will be released on September 16 at 12pm KST across various music sites. The special album consists of 14 tracks, including 4 new tracks; the groovy and funky Magic being one of them.

Meanwhile, Super Junior will perform Magic during the group’s 10th Anniversary Special Event ‘Super Camp’ on September 19. It will also be Eunhyuk, Donghae and Siwon’s last album before the trio enlist into the army.

Hellokpop, as an independent Korean entertainment news website (without influence from any agency or corporation), we need your support! If you have enjoyed our work, consider to support us with a one-time or recurring donation from as low as US$5 to keep our site going! Donate securely below via Stripe, Paypal, Apple Pay or Google Wallet.
53
SHARES
FacebookTwitter
SubscribeGoogleWhatsappPinterestDiggRedditStumbleuponVkWeiboPocketTumblrMailMeneameOdnoklassniki
Related ItemsDevilDonghaeEunhyukMagicSiwonSuper CampSuper Junior
← Previous Story INFINITE’s Hoya Asks You To “Kiss Me” In Zion T cover + Unveils YouTube Channel
Next Story → SHINee’s Jonghyun To Treat Fans With A Special Collection Album