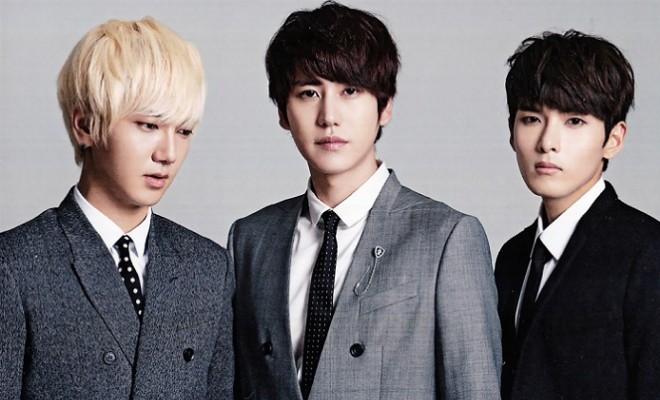 Super Junior-K.R.Y To Kick Off 2nd Concert Next Month

Korean fans, been wishing to listen to Super Junior-K.R.Y members’ beautiful voices on the live stage? Wait no longer as the group will be kicking off its second exclusive concert in Seoul next month! 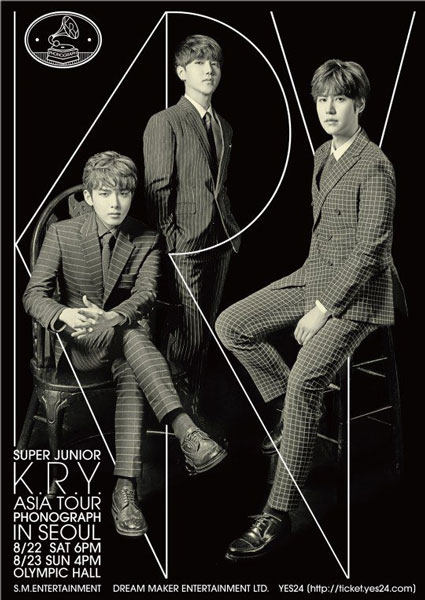 The coming concert, titled Super Junior-K.R.Y Asia Tour Phonograph in Seoul, is set to take place at the Olympic Park Olympic Hall in Seoul on August 22 and 23. As this event marks the Super Junior sub-unit’s second Seoul concert in four years and a half since their first one in February 2011, Kyuhyun, Ryeowook, and Yesung, are expected to mesmerize the audience with their emotional vocals and unique charms.

The ticket sale will open from July 22 via Interpark.

In related news, Super Junior is currently promoting its special album Devil, which was released on July 16 in celebration of the group’s 10th debut anniversary.

We need your support! If you have enjoyed our work, consider to support us with a one-time or recurring donation from as low as US$5 to keep our site going! Donate securely below via Stripe, Paypal, Apple Pay or Google Wallet.
148
SHARES
FacebookTwitter
SubscribeGoogleWhatsappPinterestDiggRedditStumbleuponVkWeiboPocketTumblrMailMeneameOdnoklassniki
Related ItemsconcertDevilKyuhyunRyeowookSeoulSuper JuniorSuper Junior K.R.Y.Super Junior-K.R.Y Asia Tour Phonograph in SeoulYesung
← Previous Story T-ara Joins The Comeback Line-up This August
Next Story → U-KISS’ Soohyun Drops Teaser For Solo Single “Only You”