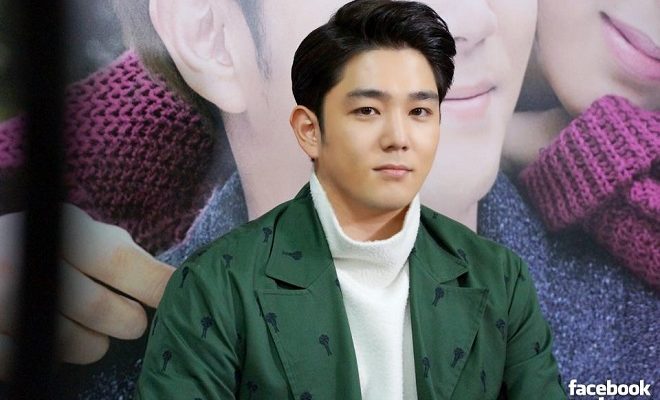 The verdict is out.

According to Seoul Central District Court on Wednesday, Kangin was fined 7 million won ($6,420) for drunk driving.

On May 24, the Super Junior member crashed his Mercedes-Benz into a lamp post in front of a convenience store in Sinsa-dong, Seoul. He then fled the scene.

Later in the morning after about 11 hours, Kangin turned himself in at Gangnam Police Station. The police determined his blood alcohol content to be at 0.157 percent, a level that is punishable under the law.

Before sentencing, the court highlighted Kangin’s previous DUI offence: “The defendant was previously fined for the same offence and once again caused an accident and fled. So it appears that he deserves severe punishment.”

However, the court determined that the accident did not cause any casualty but only damaged to public property. Furthermore, Kangin appeared to be repenting on his wrongdoing by turning himself in to the police.

Right after the accident, some Super Junior fans brought up an online petition requesting Kangin to leave the group due to his wrongdoing, which might unfairly affect his other band mates. At the same time, according to an online poll conducted out by Hellokpop.com from 24 May to 7 June, out of 5,009 responses, an overwhelming of 3,636 votes (73%) still kept their faith in Kangin, and would wait for his comeback after he settled the case.

Kangin’s first DUI offence happened in October 2009, when he crashed his car into a taxi and fled. He turned himself in after six hours. Back then, the court suspended his driver’s license, and slapped him with a fine of 8 million won.