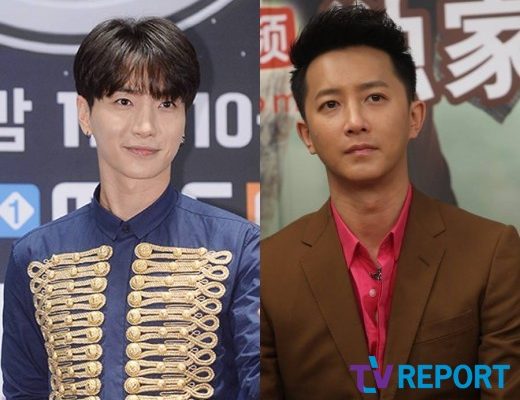 It is revealed to be untrue that Lee Teuk and Han Geng have talked on the phone.

On September 18, reports surfaced stating that Han Geng expressed to stand on the same stage with his former K-pop group Super Junior again, told in an interview with a Chinese media.

The original interview stated Han Geng wished to do something for the group’s 10th debut anniversary. It further revealed Han Geng has exchanged conversation with leader Lee Teuk through the phone.

However two days later, Super Junior’s representative told media outlet Tvreport that Lee Teuk and Han Geng did not talk on the phone.

The statement reads, “It is not true that Lee Teuk and Han Geng have talked on the phone. Content mentioned in the article is baseless.”

What are readers’ thoughts on this?

Hellokpop, as an independent Korean entertainment news website (without influence from any agency or corporation), we need your support! If you have enjoyed our work, consider to support us with a one-time or recurring donation from as low as US$5 to keep our site going! Donate securely below via Stripe, Paypal, Apple Pay or Google Wallet.
130
SHARES
FacebookTwitter
SubscribeGoogleWhatsappPinterestDiggRedditStumbleuponVkWeiboPocketTumblrMailMeneameOdnoklassniki
Related ItemsHan GengLee TeukSuper Junior
← Previous Story Se7en To Film Comeback Music Video
Next Story → EXO’s Lay Fulfills His Dream And Promise; To Release Solo Album This Year