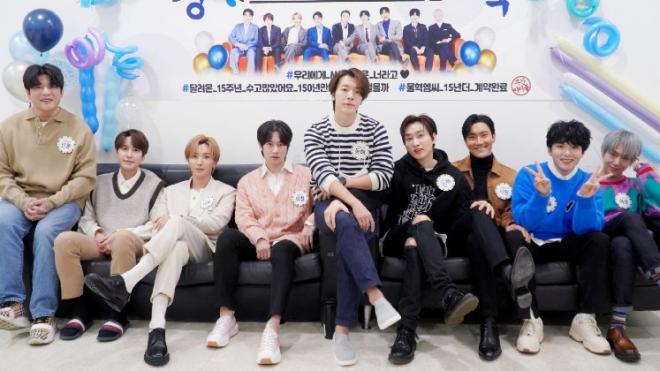 The much-awaited return might have been postponed but don’t worry, ELFs! More content and teasing with Super Junior’s 10th full album will be released!

On December 9, ELFs were surprised with the news that Super Junior will postpone its comeback to 2021.

The group was supposed to return with its 10th full album in December but plans were pushed to a later date and will instead open the new year with a blast.

Super Junior’s agency extended their regret and apologized to fans who have been waiting for the new album. The reason for the re-schedule was to offer a more complete album, as it will be an important event to the group’s career as an idol group celebrating its 15th year.

While the scheduled comeback was postponed, Label SJ will still release Super Junior content and various promotions every week. They are also preparing for a new pre-released song to continue the hype for the 10th full album.

Accordingly, Super Junior has released a live video clip for their song “Raining Spell For Love.”

The remake version of the song was well-received by fans as the members gave much more emotion than the original.

Meanwhile, Super Junior’s 10th full album will include a total of ten songs. The album will have the pre-released “The Melody” and the remake version of “Raining Spell for Love.”