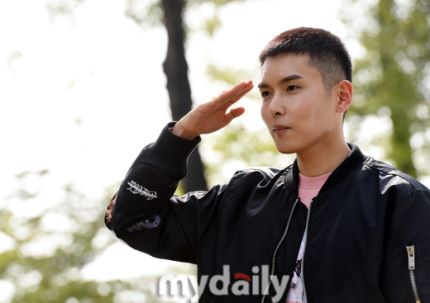 Another Super Junior member is off to serve his Motherland.

Super Junior’s Ryeowook has officially enlisted in the army on October 11. He is the 10th member of the boy group to enlist in the army.

The idol started his military conscription at a training center in Jeungpyeong County, North Chungcheong Province. He will receive a five-week basic training before serving as an active duty soldier for 21 months.

On this day, Super Junior’s leader Leeteuk sent off his groupmate. Meanwhile, Kyuhyun was also spotted at the enlistment center, along with Ryeowook’s parents. 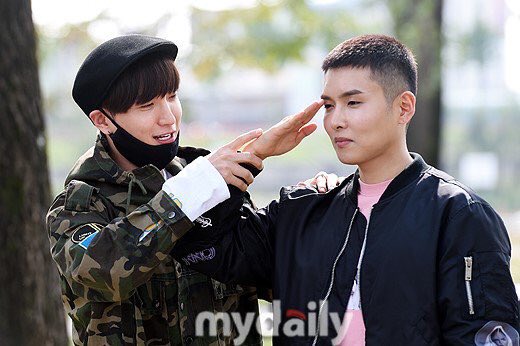 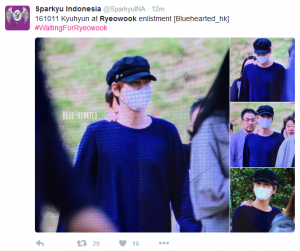 Banners and fan projects for Ryeowook were seen at his enlistment center, with words like, “Right here waiting for Ryeowook”, “Ryeowook! Come back! I will not get a boyfriend”, and “Oppa, we will wait until 2018.” 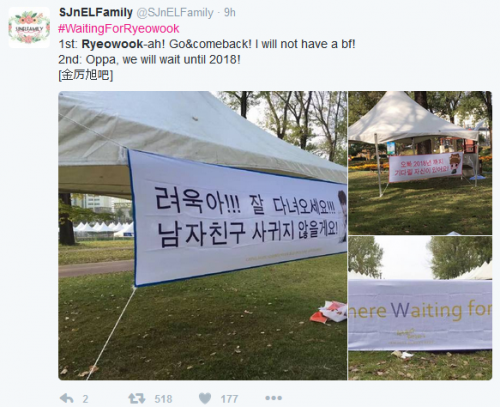 Worldwide ELFs also took to Twitter with their well wishes for the Super Junior member by trending #WaitingforRyeowook. The hashtag took a spot on the worldwide trends of the social networking site. 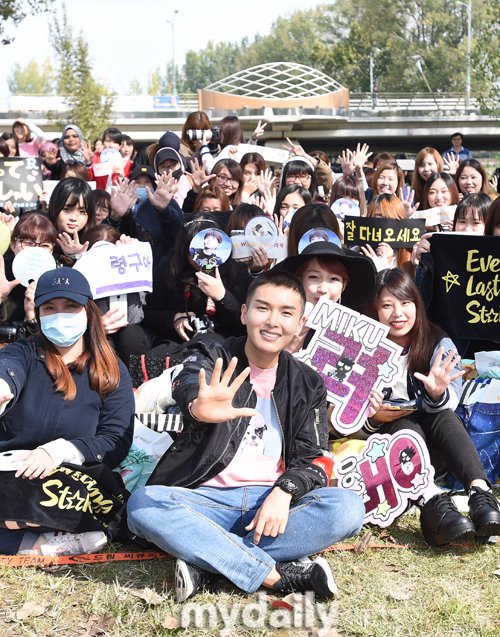 Yesung also sent his farewell to Ryeowook via his Twitter account. Donghae, who is currently serving his mandatory service, used his Instagram display picture and bio to cheer for his fellow member. Some fellow artists of Ryeowook such as the first generation idols, Kangta, and VIXX leader, N, also sent heartfelt messages to Ryeowook.

Before enlisting, Ryeowook released a digital single, with Bada entitled Cosmic for SM Station on September 22.
His last interview prior to his enlistment will be broadcasted at Enter K! Broadcast on October 16, 12.30am KST.

Come back safely and be healthy, Ryeowook! See you in 2018!