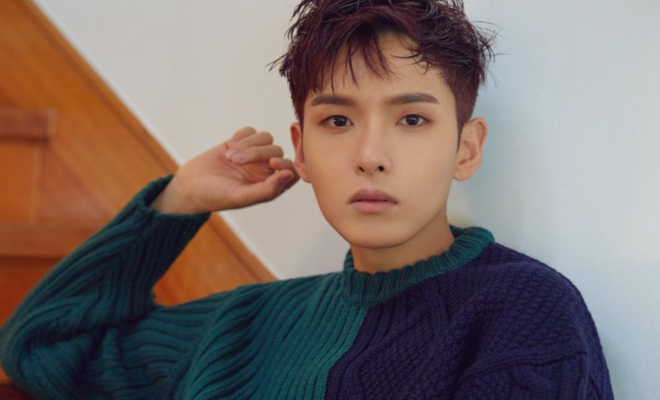 After being ELF’s Little Prince, Ryeowook is ready to be your One and Only!

Super Junior’s Ryeowook will return as a solo artist next month with his second solo album.

Label SJ confirmed on November 27 that the singer will release a new album on December 10. This comes after almost three years since his debut album The Little Prince dropped in January 2016.

Prior to his new album, Ryeowook unveiled his new digital single “One and Only”. The song serves as a pre-release for the upcoming album. “One and Only” is a classic R&B pop track with acoustic guitar sounds that complements the soft and emotional vocals of the singer.

After 11 years following his debut in Super Junior, Ryeowook made his highly anticipated debut as a solo artist in 2016 with The Little Prince. The extended play contained a total of six tracks including the lead single of the same title. Aside from being the singer’s debut EP, The Little Prince is also the first release of Super Junior under Label SJ.

The upcoming album will be Ryeowook’s first solo release after completing his mandatory military service in July. Since his discharge, he has participated in Super Junior’s group activities including the group’s recent comeback with One More Time and the second season of Super TV.

Additionally, he became the host of the fifth season of A Song For You. He is also a cast member of Sales King TV. He also joined the cast of the musical Flaming Sonata as J.

Hellokpop, as an independent Korean entertainment news website (without influence from any agency or corporation), we need your support! If you have enjoyed our work, consider to support us with a one-time or recurring donation from as low as US$5 to keep our site going! Donate securely below via Stripe, Paypal, Apple Pay or Google Wallet.
FacebookTwitter
SubscribeGoogleWhatsappPinterestDiggRedditStumbleuponVkWeiboPocketTumblrMailMeneameOdnoklassniki
Related ItemsRyeowookSuper Junior
← Previous Story TVXQ To Commemorate 15th Anniversary With A New Album & A Fan Meeting
Next Story → Ticketing Details For “Momoland Fan Meeting In Manila” Released