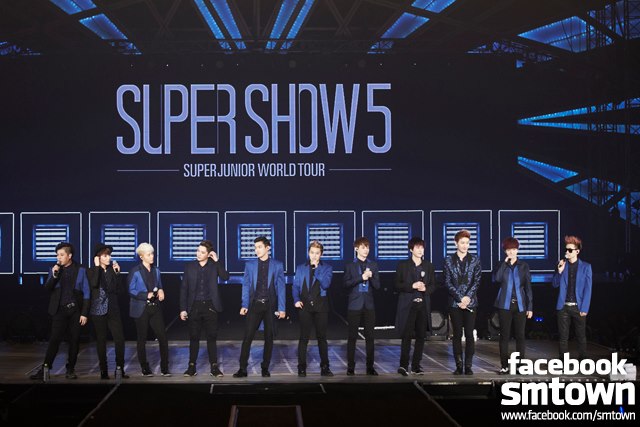 Super Junior to hold ‘Super Show 5’ in Manila this October

In 2010, Super Junior became the first Korean idol group to have a full concert, Super Show 2, in the Philippines. The next year, Super Junior granted the requests of thousands of fans and came back with Super Show 3. Since then, Filipino fans have been waiting for another opportunity to see the group perform in the country. Its popularity in the country is undeniable; with songs and albums topping the music charts.

The waiting is over as Filipino ELFs will now start the countdown to Super Show 5. Happee Sy of Pulp Live Productions, the same production company that brought the two previous Super Shows to the country, confirmed that the show will be held on October 24, 2013 at the SM Mall of the Asia Arena. Stay tuned t0 hellokpop for updates!