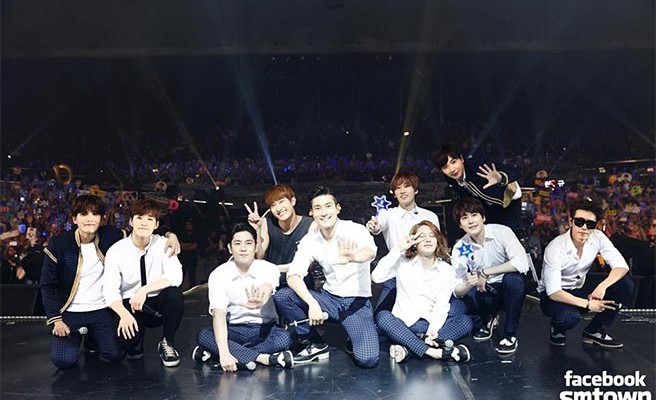 By Community | May 28, 2015
35
SHARES
FacebookTwitter
SubscribeGoogleWhatsappPinterestDiggRedditStumbleuponVkWeiboPocketTumblrMailMeneameOdnoklassniki

Been missing Super Junior and the boys’ priceless moments on stage? Not to worry, as an encore concert for its Super Show 6 will be held this summer!

According to SM Entertainment’s announcement on May 27, the coming encore concert for Super Junior World Concert – Super Show 6 will take place on July 11 and 12, at the Olympic Park Gymnastics Hall in Seoul.

The concert tickets can be purchased at Yes24 starting from June 3.

In related news, Super Show 6, which was held last September, was filled with not only Super Junior’s unforgettable hits, but each member’s unique solo stage as well. As for the encore concert, it will be a good opportunity for fans who did not have the chance to attend the big event last year. Another reason to look forward to the coming event, is Yesung. Finally after two years and four months, he has completed his military obligation and back on stage with Super Junior once again.