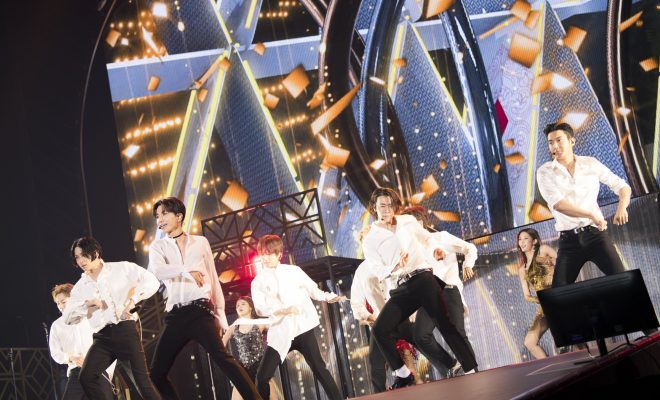 With over 100 concerts worldwide under its name, Super Junior has made a mark as one of the most prominent names in Hallyu. And now, the boy group has achieved another milestone as it surpasses two million concertgoers in its concert series Super Show.

According to SM Entertainment, Super Junior achieved the feat following the successful conclusion of Super Show 7 at the Tokyo Dome on November 30 and December 1. The two-day concert saw 114,182 people in attendance. 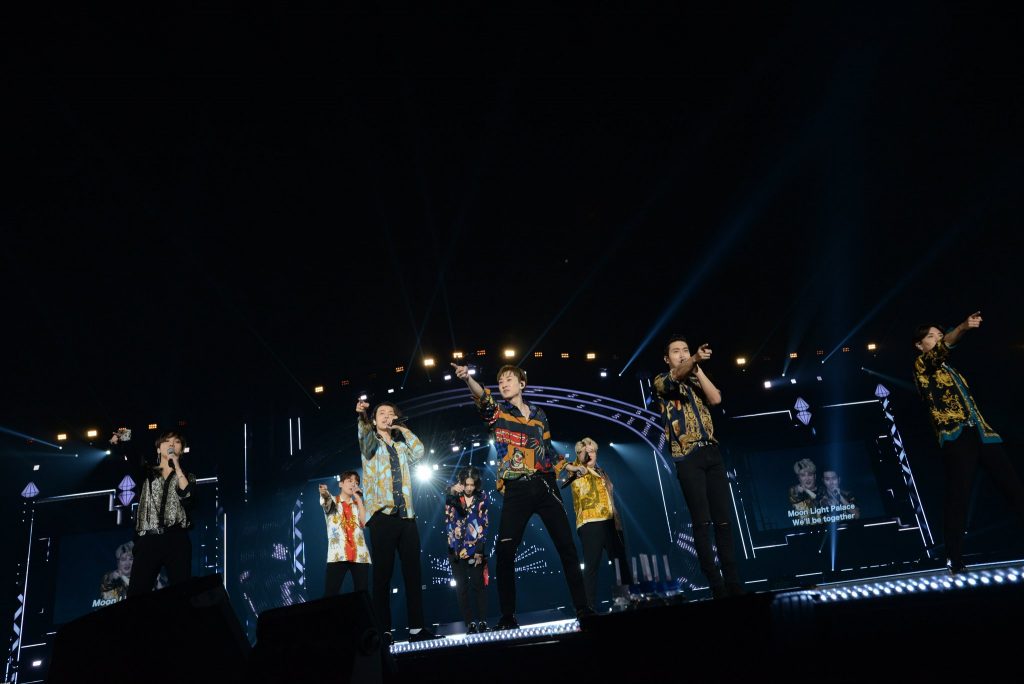 Super Junior commenced Super Show, its international concert series, in 2008 in support of its second studio album Don’t Don. The concert tour initially started as an Asia-wide tour which visited countries such as South Korea, Thailand, and China. Until Super Show 3, the tour was limited to Asian cities.

With the growing popularity of Super Junior across the globe, the tour expanded to other continents beginning with Super Show 4 in 2011 and 2012. The first world tour of the boy group held concerts in Asia and Paris.

Super Show 5 brought Super Junior to more regions outside Asia, holding performances in South America, North America, and Europe. The Super Show 5 in Mexico, held at Mexico City Arena on November 7, 2013, created a new record for the boy group. Concert tickets to the show were sold out in five hours. At that time, it set the largest audience for a Super Show outside Asia. It also became the most attended concert in Latin America for a K-Pop group.

It was also through Super Show 5 that Super Junior surpassed the one-million mark in concertgoers following its Singapore stop in July 6, 2013.

Super Show 6 returned the concert tour in Asia with a total of 22 performances. With Super Show 6, Super Junior attained its 100th concert. The third-day of its Seoul concert on September 21, 2014 was the boy group’s 100th concert of its Super Show tour.

Super Show 7 started in Seoul on December 15, 2017. It has since held 17 shows in Asia and Latin America, with the most recent being in Tokyo, Japan.

Hellokpop, as an independent Korean entertainment news website (without influence from any agency or corporation), we need your support! If you have enjoyed our work, consider to support us with a one-time or recurring donation from as low as US$5 to keep our site going! Donate securely below via Stripe, Paypal, Apple Pay or Google Wallet.
FacebookTwitter
SubscribeGoogleWhatsappPinterestDiggRedditStumbleuponVkWeiboPocketTumblrMailMeneameOdnoklassniki
Related ItemsSuper Junior
← Previous Story Day6 Engraves Themselves In Fans’ Memory With Teaser Photos & Track List For ‘Remember Us: Youth Part 2’
Next Story → #HappyJinDay: 12 Moments From Shining And Precious BTS’ Jin