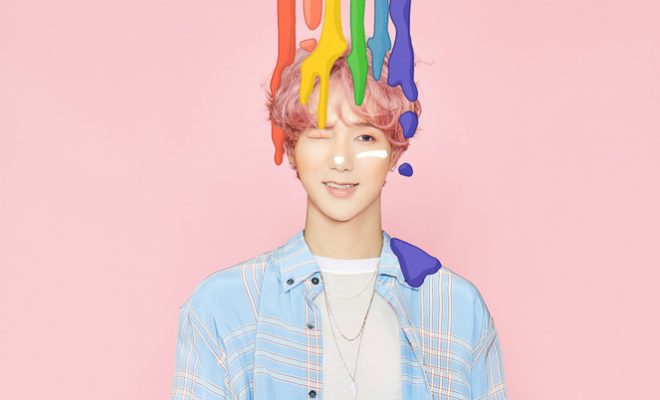 More than two years after his second extended play Spring Falling, Super Junior’s Yesung will come back with another extended play and join the list of artists who will fill June with new releases.

The Super Junior member announced his return on June 10 via the boy group’s social media channels. He also shared new photos and details about the extended play which will bear the title Pink Magic.

The EP will be unveiled on June 18 and will be released in two versions — Pink and Magic — on music sites such as Melon, Genie, Apple Music, and Spotify.

On June 11, Yesung got ELFs all over the world falling in love with him even more with charming and adorable photographs. Along with the colorful and youthful teaser, the singer also revealed that Pink Magic will be fronted by the song of the same title.

“Pink Magic” is a pop song with rhythmical and signature synth sound, blending perfectly with a lively guitar sound. It is described as a sweet song that sings about the feelings of a man in love.

ELFs offer their support to Yesung following the announcement of his comeback as a solo artist especially since it has been two years since his last solo extended play was released.

Recognized for his strong vocals, the Super Junior member showcased more of his vocal ability through his solo debut in 2016 with Here I Am. The EP went on to place second on Gaon’s weekly albums chart and on the seventh spot of Gaon’s monthly albums chart.

Meanwhile, Spring Falling received much love from fans as well, putting it on top of the album charts of iTunes in five countries namely Japan, Singapore, Hong Kong, Thailand, and Peru.