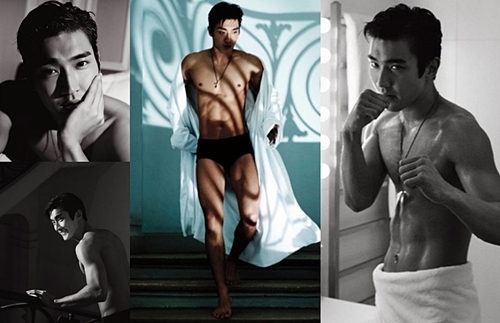 Super Junior’s Choi Siwon has joined the growing list of notable men to pose for the men’s fashion magazine, VMAN. He attended a photoshoot while he was down in Paris for Super Junior‘s Super Show 4 and elaborated on his experience while working with Chanel‘s head designer, Karl Lagerfeld, who partook in the photoshoot as a photographer.

Siwon shared that despite his difference from Lagerfeld in terms of background, they shared the same objective. He said, “I was very impressed by the way he looks for something new, studies and makes a constant effort. Even though we are from different backgrounds, we had the same goal.”

A representative from VMAN magazine also shared that Siwon played a large role in promoting the Hallyu Wave, “Siwon, a member of Super Junior, has become an icon in the K-POP culture by working as a singer, actor and model. Siwon plays an important role in spreading K-POP all over the world and also he is the first Korean to have over 2,000,000 followers on Twitter.”

VMAN has accommodated several renowned celebrities including David Beckham, Orlando Bloom, and Kanye West. Siwon will be featured in the fall publication of the magazine.