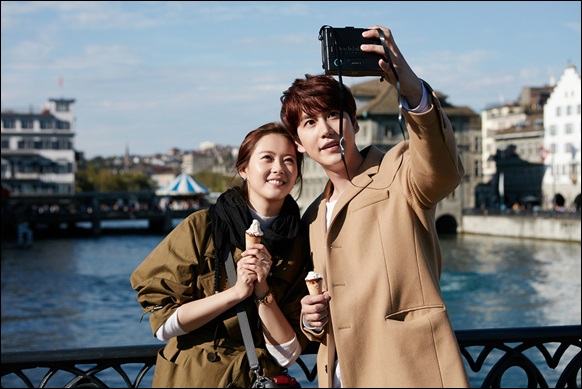 On October 12, Kyuhyun dropped the first music video teaser for the lead single Million Pieces, off his second mini album Again, If Fall Comes via his official website and SMTOWN’s official YouTube channel.

In the released video which was filmed in the beautiful landscape of Zurich, Switzerland, Go Ara plays the female lead and stumbles upon Kyuhyun while walking around the streets. Fans are showing their excitement toward the two stars’ sweet chemistry in the coming official release.

Kyuhyun is set to drop his new solo album and the full music video for his title track at midnight on October 15.

Watch the teaser video for Million Pieces below: