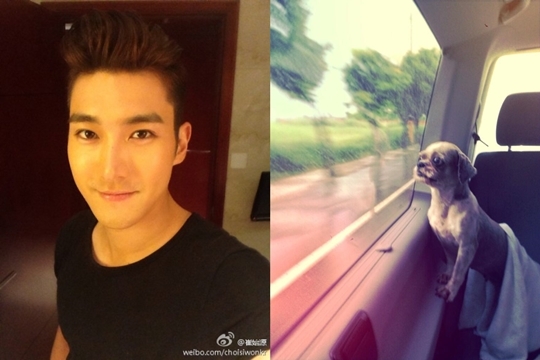 Super Junior‘s Siwon might be busy with his schedule, but that didn’t stop him from saving a stray dog, soaked in the rain from the roadside of China.

Chinese news agencies reported that the K-pop idol stopped his car and save the dog without an umbrella. The singer-actor then posted a picture of the dog, which he named Lost, on his Twitter account. He posted it with the caption saying: “I met a new friend in the heavy rain, I gave her the name Lost.”

His heroic act wasn’t unnoticed by the news outlets, which praised his good deed. This is not the first time that Siwon saved someone from harm: back in 2012, Siwon prevented a major accident from stopping a fence that was falling down, saving fans from injuries.