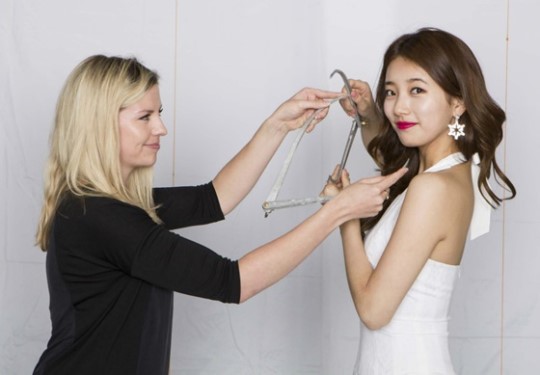 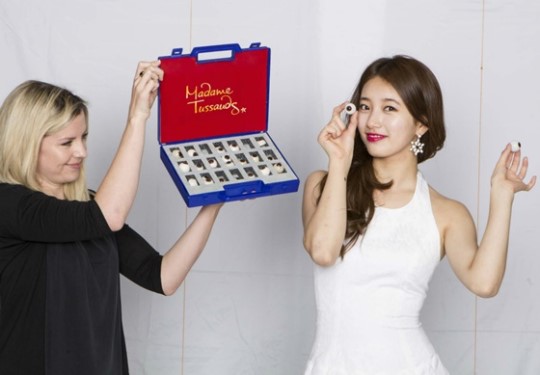 Can’t get enough of Suzy‘s fresh innocence and beauty? Fans will now have a chance to see the star up close and personal at Madame Tussauds Hong Kong, as she also becomes the first Korean female celebrity to have a wax figure exhibited at the notable wax museum.

In order to create the perfect wax sculpture of Suzy, artists and sculptors from the museum made plenty of measurements, and took photos of her from every angle. The detailed collection process took about seven hours.

Being excited at the thought of having her own life-sized wax replica,  Suzy said:

Being invited by Madame Tussauds Hong Kong to create a wax figure, it is such a great honor. I’m also very happy to be the first Korean female celebrity to have a replica featured by Madame Tussauds, and to have it be displayed alongside other amazing world stars. I’m also extremely grateful to the experts, who spent many painstaking hours noting my measurements and details in order for the figure to be perfect.  This is truly an unforgettable experience.

Suzy will be in Hong Kong at early August for her figure’s release, and those who purchase admission tickets for the first week of August between July 11 to 22 will stand a chance to meet the singer-actress herself in person.

As to why Madame Tussauds decided to create a wax figure of Suzy, a representative from the museum revealed that she has a huge following and popularity across Asia, and it is pleased to have her as part of its Korean Wave Gallery.  “We believe that Suzy will bring a refreshing energy to Madame Tussauds Hong Kong,” said the representative.