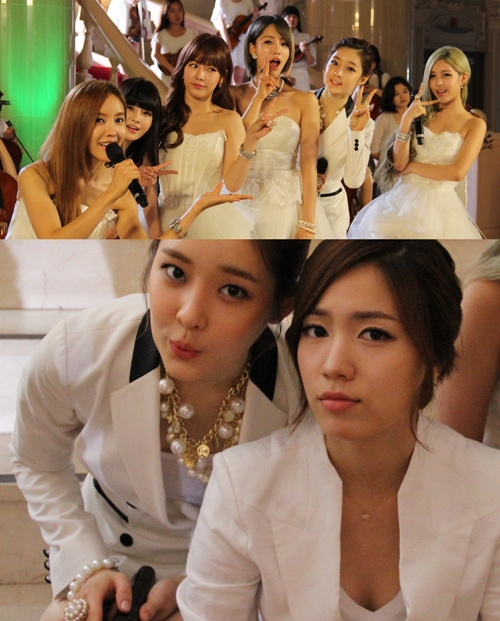 T-ARA will be accompanied by 70 person orchestra for comeback

T-ARA has been reported to be making their comeback on MBC‘s Show! Music Core and SBS‘ Inkigayo on July 7 and 8 respectively. Along with their anticipated performances off their new mini album, fans can expect to see a orchestra of 70 people accompanying the group.

T-ARA will be performing two songs, Day by Day and Don’t Leave. Both songs are off their new mini album titled Day by Day and is created by Cho Young Soo and Ahn Young Min.

They will be making their comeback, with member Ahreum being introduced for the first time. The girls had pre-recorded their stage on July 6.

In related news, Day by Day is also choreographed by Jonte Moaning; the person behind Beyonce‘s hit single, Single Ladies.