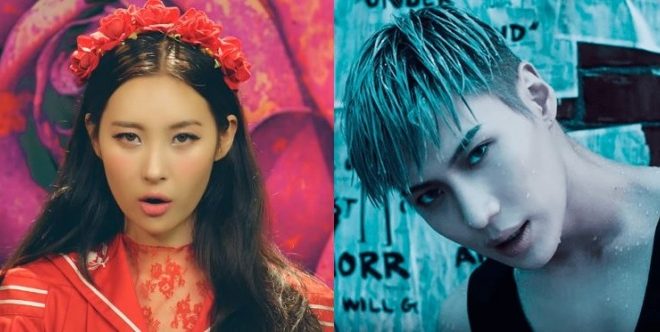 Taemin To Collaborate With Sunmi At Upcoming 2017 MAMA

Taemin and Sunmi are expected to heat up the stage of 2017 MAMA with their collaborative performance.

On November 23, according to the organizer of 2017 Mnet Asian Music Awards, SHINee’s Taemin will have a joint performance with former Wonder Girls’ member Sunmi at the upcoming event.

The two artists’ special stage will be featured on the final night of the music awards, which will take place on December 1 in Hong Kong.

In 2017, Sunmi and Taemin’s solo products gained significant attention from fans and public media. While Taemin transformed himself into an androgynous Svengali in his new album titled Move, Sunmi captured all eyes with her seductive charm in her recent record named Gasina.

The 2017 MAMA will kick off at Hoa Binh Theater in Ho Chi Minh City, Vietnam on November 25. It will then move on to Yokohama Arena, Japan on November 29, and finally wrap up with two events at W Hotel Hong Kong and AsiaWorld-Expo in Hong Kong on November 30 and December 1, respectively.