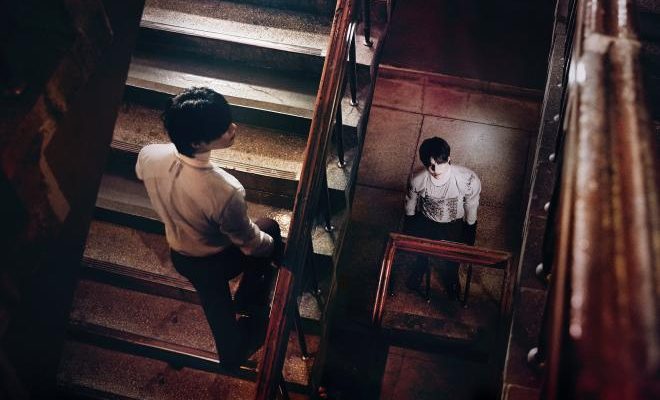 Finally, Taemin dropped the schedule for the first part of his new album!

Previously, Taemin teased fans with plans of a full album to come out this year. Now, he has taken a step closer to the release of Never Gonna Dance Again by revealing a schedule for “Act 1”. 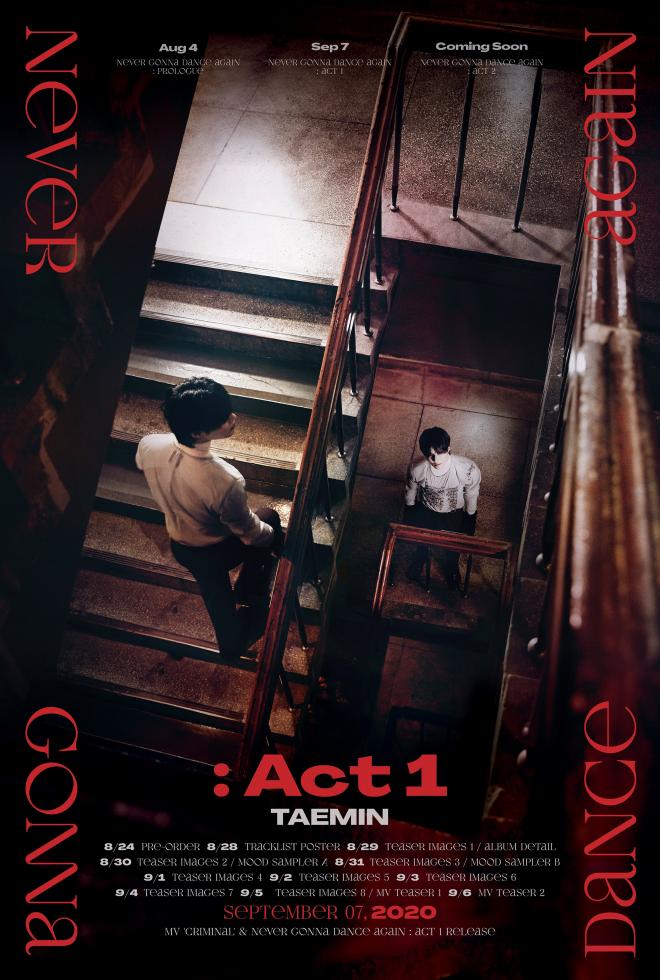 SHINee’s youngest revealed the title of his third album back in late July, with some must-know information. In particular, the artist is set to release it in three parts, starting with the Prologue single “2 KIDS” that came out on August 4. The other two sides of Never Gonna Dance Again are divided under the names “Act 1” and “Act 2”.

On August 24, the idol shared the strongly awaited details for the first part, raising excitement. The dark themed image poster caught the attention of fans as Taemin stood on two spots of a staircase.

As stated, the returning soloist will begin his countdown on August 28 with a track list poster. He will continue by unveiling teaser images every day until September 5. In between, he is also planning to share mood samplers and album details.

Finally, he will deliver two music video teasers on September 5 and 6. Through the poster, the artist also unveiled the title track “Criminal”. The countdown schedule is going to be packed with various content and his fans can look forward to them.

Taemin is scheduled to release the music video for “Criminal” and the album Never Gonna Dance Again: Act 1 on September 7.