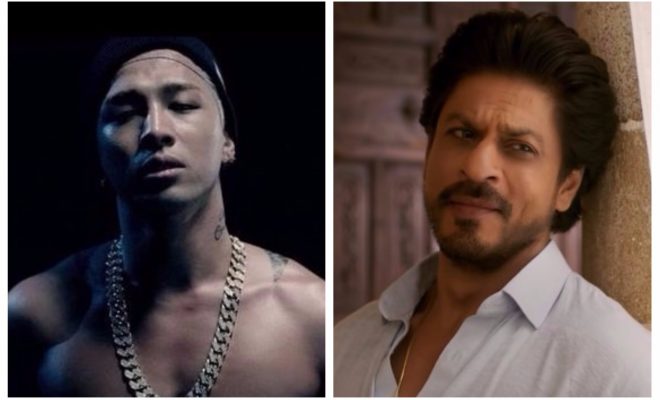 Do you hear any similarities of the respective songs between Taeyang and this Indian pop singer?

After the previous allegation of plagiarism from a Russian singer, it seems like Taeyang’s highly popular hit “Eyes, Nose, Lips” got plagiarized again.

Recently, numerous netizens’ comments at the music video “Eyes, Nose, Lips” of the BIGBANG member’s official YouTube account have sprung out, with allegations that an Indian song titled “Zaalima” is a plagiarized version of the Taeyang’s hit song. It is also further noted that “Eyes, Nose, Lips” (June 2014) just hit over 100 million views while “Zaalima” (Jan 2017) achieves far more views with over 141 million views.

According to the description of the YouTube music video “Zaalima”, it is a song sung by Arijit Singh and Harshdeep Kaur, with the music produced by JAM8. A quick check on the internet revealed that JAM8 is a platform founded in 2016 for new Indian composers. This means that the name of the music composer for Zaalima cannot be identified.

Both international and Indian fans have since evaluated both songs, and commented the striking similarities of the melodies between the two. They also strongly condemned “Zaalima”, and suggested that YG Entertainment should take the appropriate legal actions accordingly.

At the moment, YG Entertainment has yet to comment on this latest plagiarism discovery against its artist Taeyang.

Listen to “Zaalima” music video and compare, especially from 01:35: