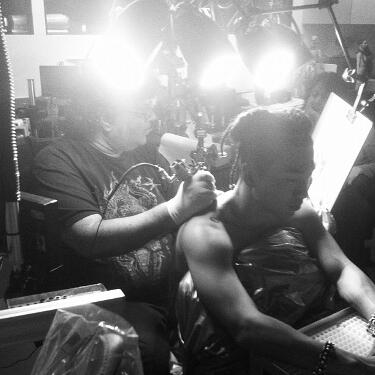 Fans have waited outside a New York tattoo parlour as Big Bang’s Taeyang gets inked.

The star was spotted getting a tattoo at New York’s Inkline Studio after some free time from Big Bang’s US Alive Galaxy Tour 2012. Lucky fans waited outside the tattoo parlour and got the chance to greet and shake his hand.

Through Instagram, Taeyang shared pictures of him during and after getting a tattoo by the world-famous tattooist Anil Gupta. He also visited an Italian dessert cafe where he once again showed appreciation to fans by greeting and signing autographs. 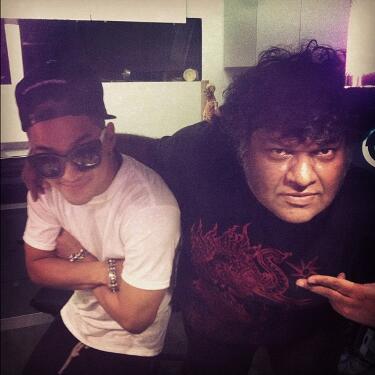 Big Bang wrapped up a sold out 48,000 seat concert in New Jersy on November 8 and 9 and will head to Peru on November 14 for the next leg of their concert.

Check out the whole video here: