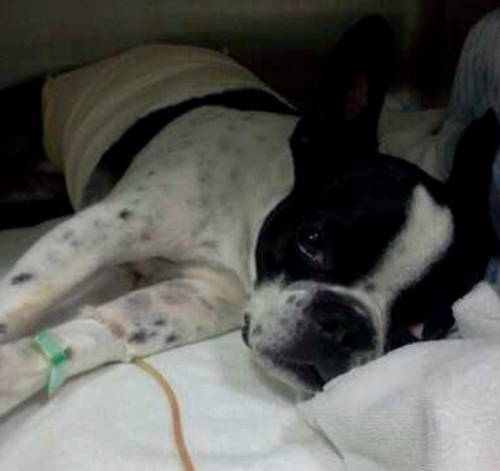 On June 5, Taeyang informed fans through Twitter that Boss had entered veterinary care for a sudden herniated disk surgery. Four days later, the singer updated his Twitter and Instagram, asking fans to pray for Boss while sharing a vulnerable photo of the dog.

On June 10, Taeyang revealed that Boss had passed away by his indicative tweets: “2008.07.15 – 2013.06.10 [BOSS]“, “Goodbye, Boss. I enjoyed the last five years. Thank you, and I’m sorry.“, and “I lost my baby today. He will be always in my heart.” The singer also thanked the veterinarians for taking good care of Boss throughout the whole process.

“Goodbye…Boss. I won’t forget you. Don’t forget me and rest in peace. Because of you, I was happy the last five years. Thank you. I’m sorry for not knowing that you were sick sooner. I’m sorry that I did not treat you very well… I wanted to go to the Han River with you. Run as much as you want there. I love you Boss. I miss you.”

May Boss rest in peace.