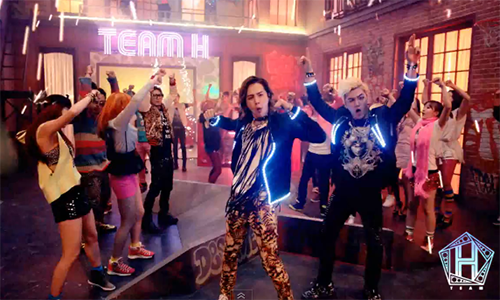 Team H, which consists of Jang Geun Suk and Big Brother, will make its comeback at the end of the month with a new album entitled I Just Wanna Have Fun. On February 15, the duo unveiled a music video teaser for its upcoming track Feel The Beat.

The video begins by displaying a messy house party with people dancing and jumping. Jang is seen descending from the stairs and begins to greet the house guests with high fives and back slaps. The video then shows various clips of Jang dancing, playing beer pong, and wearing light up jackets with Big Brother.

I Just Wanna Have Fun will be released on February 27. In the meantime, check out the music music teaser for Feel That Beat below.