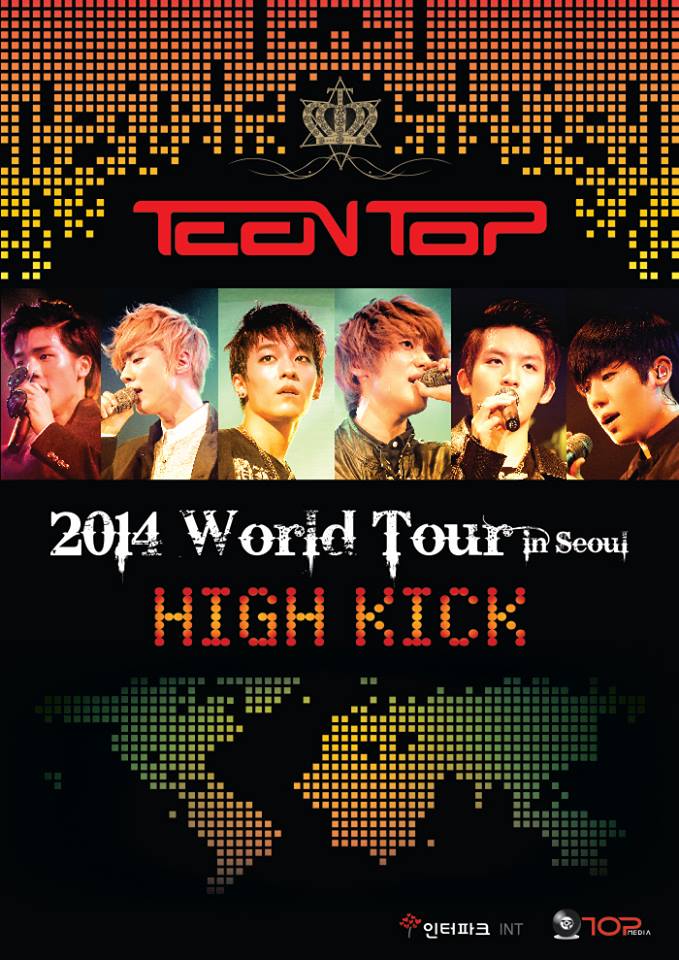 There is no stopping the members of TEEN TOP from meeting their fans from all over the world. The group behind Korean hit songs like Rocking, To You, Supa Luv, Clap, Crazy and Miss Right has just announced its world tour for this year. The concert tour, TEEN TOP 2014 World Tour “HIGH KICK” , will kick off in Seoul, South Korea on February 22 and 23, 2014 at the Olympic Park, Olympic Hall. In the coming days, lucky countries included in the tour will also be announced.

Do you want to see TEEN TOP perform in your country soon?

We need your support! If you have enjoyed our work, consider to support us with a one-time or recurring donation from as low as US$5 to keep our site going! Donate securely below via Stripe, Paypal, Apple Pay or Google Wallet.
FacebookTwitter
SubscribeGoogleWhatsappPinterestDiggRedditStumbleuponVkWeiboPocketTumblrMailMeneameOdnoklassniki
Related ItemsOlympic HallOlympic ParkTEEN TOPTEEN TOP 2014 World Tour “HIGH KICK”TOP Mediaworld tour
← Previous Story Kim Jaejoong’s national tour concert seats sold out in 5 minutes
Next Story → Lunafly and LC9 made fans go crazy at LukieBeat Fan Meeting in Manila