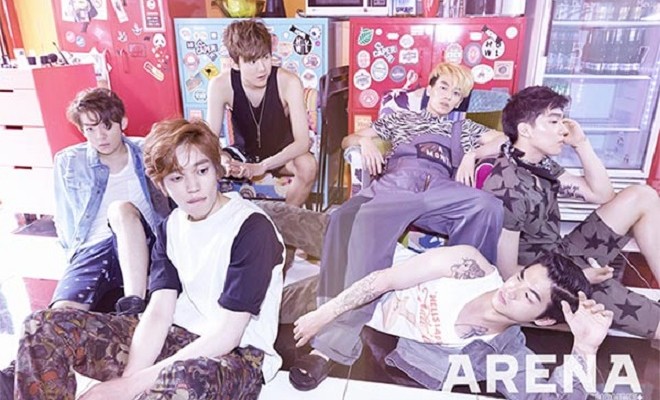 By Larissa | May 28, 2015
65
SHARES
FacebookTwitter
SubscribeGoogleWhatsappPinterestDiggRedditStumbleuponVkWeiboPocketTumblrMailMeneameOdnoklassniki

After nine-month hiatus since the group’s fourth mini album EXITO release last September, TEEN TOP will be making a special comeback next month to commemorate its 5-year milestone since debut.

According to the boys’ label T.O.P Media on May 27, the TEEN TOP members are set to drop a new album in June, with the exact release date to be confirmed.

Also, in celebration of the group’s fifth debut anniversary, TEEN TOP will be kicking off a series of concerts, starting from July 4 at the Nippon Budokan in Tokyo, before moving to Seoul with a two-day concert on August 1 and 2, at the Olympic Park Olympic Hall. Fans can look forward for the special concerts to create sweet memories with their idols.