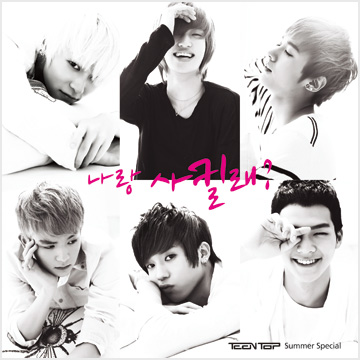 By The Editor | August 8, 2012
FacebookTwitter
SubscribeGoogleWhatsappPinterestDiggRedditStumbleuponVkWeiboPocketTumblrMailMeneameOdnoklassniki

Shortly after revealing the music video for their summer comeback track, Teen Top have now released the dance version for Be Ma Girl.

Be Ma Girl is the title track for the group’s third album, Will You Go Out With Me? and was released digitally earlier this month on August 3. The single is also now available in stores starting from today.

Teen Top’s summer release consists of the three tracks: Whereas, Be Ma Girl, Party Tonight and the instrumental for their title track.

Check out the dance version below!